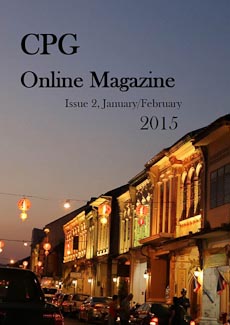 This year, 2015, marks the 800th anniversary of the Magna Carta – the charter agreed between King John of England and a number of his noble barons at Runnymede, near Windsor, on the 15th of June 1215. A lengthy document, it promised the protection of Church rights, protection from illegal imprisonment, access to swift justice, and limitations on aristocratic payments to the Crown. There are still some clauses of the Magna Carta which today remain in force in English law. The three still operative clauses concern the freedom of the English Church, the “ancient liberties” of the City of London, and most importantly a right to due legal process (clauses 39 and 40 in the 1215 charter). This last provision states:

No Freeman shall be taken or imprisoned, or be disseised of his Freehold, or Liberties, or free Customs, or be outlawed, or exiled, or any other wise destroyed; nor will We not pass upon him, nor condemn him, but by lawful judgment of his Peers, or by the Law of the land. We will sell to no man, we will not deny or defer to any man either Justice or Right.

This provision continues to represent the fundamental basis of the rule of law.

However, today we tend think much less of the technical detail which remains in the law from Magna Carta, and instead we tend to think of the document as a legal icon – a ideal with a value which is more symbolic than particular. Over the centuries, and notwithstanding the repeal (owing to diminishing  relevance)  of many of the technical details of the individual clauses, the “Great Charter” became a part of English political ritual, and was ceremonially “renewed” by every new monarch. By the early 17th  century many lawyers and historians argued that the document embodied an ancient constitution, of Anglo-Saxon origins. This argument, although completely fallacious, nonetheless furnished a theoretical foundation for the parliamentary opposition to the theory of the divine right of kings advocated by the Stuart monarchs, and was the backdrop to the English Civil War of the 1640s, the execution of Charles I and the “Glorious Revolution” of 1688. The political allegory of “Magna Carta”, and its protection of ancient personal liberties, has nevertheless endured. It motivated both the American Founding Fathers in the formation of the American Constitution in 1789, and the drafters of the Australian Constitution in 1901.

The original 1215 charter involved the terms of the medieval bond between the monarch and his barons, and was not really about the rights of the common people as a whole. The idea of “Magna Carta”, however, came to be a potent and iconic force, long after most of its detailed provisions were repealed from the statute books. Magna Carta still forms an important symbol of liberty today.