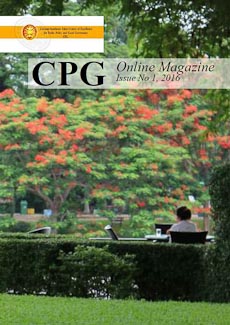 The Myanmar Elections – Challenges and Opportunities for the Future

On Sunday 8th November 2015 Myanmar went to the polls. More than 90 parties contested seats for the two houses of parliament as well as the 14 state and regional assemblies. Despite the large number of parties, all eyes were on the opposition NLD and the regime USDP. In order to control the government the NLD needed 67% of the seats (or 329 seats). The NLD did much better than that and won by a landslide. Myanmar has a ‘first past the post’ system, which means that the number of seats do not represent the percentage of the vote. However the NLD still received 57% of the vote, compared to 28% who voted for the USDP. This clear win was reminiscent of the 1990 elections where the NLD had also swept the board, but was not allowed to rule.

Prior to the elections many locals as well as the international media abroad had worried about ‘free and fair’, but there don’t seem to have been any major infringements despite repeated issues with voter lists before the elections. International observers deployed across the country confirmed that the voting had been ‘free’, although the fact that 25% of the seats are reserved for the military means that the process could not be labelled ‘fair’. The NLD had complained that candidates had suffered intimidation in the run up to the elections, filing over 100 complaints over violations of election rules. However, given the margin of the win, there is little point in complaining about the process.

The USDP  had  campaigned  hard on the development agenda.  It was  after all due to their efforts and the leadership of President U Thein Sein that the country had been transformed. As the results started to trickle in, the disappointment across the USDP ranks was intense. Acting USDP chair U Htay Oo lost his seat as did his predecessor, popular parliamentary speaker U Shwe Mann, who in a previous incarnation before the reforms had been the junta’s third most powerful general. Many of those who felt they had served the country and made change possible have had to concede defeat. This includes the President’s peace envoy U Aung Min who almost singlehandedly delivered an unprecedented peace process with the Ethnic Armed Groups (EAGs) and laid the foundations for the NCA that was signed by 8 EAGs on the 15th of October this year. Those who did win seats for the USDP generally had stood in constituencies dominated by the military.

In the ethnic states many parties and candidates were also licking their wounds with ethnic parties having taken high losses apart from in Rakhine State and some Shan State areas. Even in war torn Kachin state the NLD swept the board. In part the result reflected the lack of unity amounts ethnic parties, with too many parties seeking to represent one set of ethnic stakeholders. In 2010 there had been fewer ethnic parties to choose from; and of course in 2010 the NLD had refused to take part.

It is clear that the vote was one for change across the board. The NLD campaigned on a change agenda and was therefore the obvious choice. The achievements of the Thein Sein government did not expunge the military from its role over the previous 50 years. In ethnic states the Myanmar citizens did not believe that their ethnic parties would be able to transform the overall system, and therefore threw themselves behind the NLD, despite the fact that the NLD does not have a significant ethnic agenda.

There is almost a three-month transition period during which time the old government is still in power. The new parliament will only sit after the old parliament dissolves on the 30th of January 2016. The NLD will then have to propose two presidential candidates – one from the lower house and one from the upper house, whilst the military MPs will propose the third candidate. The vote that ensues will mean that one of the NLD candidates will become president and the other  two will become vice presidents. At present it is unclear who the NLD will nominate although rumours abound. Daw Aung San Suu Kyi is barred by the constitution, due to her British sons.

In the past few weeks Daw Aung San Suu Kyi has met with President Thein Sein, Commander in Chief Min Aung Hlaing and even retired senior general (and former dictator) Than Shwe to discuss the transition. Well-connected personalities have hinted that she met with all the senior leaders not as the head of the victorious party, but to ask for their support and advice. Than Shwe is supposed to have endorsed Daw Suu as a leader, fuelling more speculation about her position and how the administration will deal with the hierarchy and command structure when the new government starts its term. Rumours in Yangon even propose that parts of the constitution might be suspended to allow Daw Aung San Suu Kyi to rule eventually – however nothing is clear at present. All that is known is that the NLD has promised to rule very differently from the previous government.

In order to fulfil that promise Daw Aung San Suu Kyi has started the change process with her own MPs. During the campaign candidates were not allowed to speak about themselves – the election was about the NLD as a party and her as a leader. It looks like the party will continue to be ruled tightly during this term. At a recent meeting in Yangon she laid down the law for her successful candidates. Their salaries will be cut so as to support the party’s finance. All will have to take exams on the constitution and the party’s manifesto. Those who do well and who have good English skills will be given the opportunity to travel and get further exposure. MPs were also told that they have to pick up the rubbish in the streets of their constituencies to lead by example. In the glare of the media Daw Aung San Suu Kyi herself started by picking up trash in her constituency Kwamu a couple of weeks ago. The parliamentarians elect have to declare their assets and regular checks will be made to control corruption. It has been made clear that cliques in the party will not be tolerated and MPs have been encouraged to report on each other if they feel colleagues are not good team players. Party policy will superseded personal ideas and ambitions. Whilst all these new rules certainly offer the opportunity for clean and possibly even transparent governance, some have been grumbling that Daw Aung San Suu Kyi has to be careful not to replace one dictatorship with another.

As the world waits to see how Myanmar will form a new government, there are a number of challenges that the NLD needs to prepare for.

The first challenge will be to develop cordial relations with the military. Myanmar has mainland Southeast Asia’s largest standing army. The constitution guarantees their place in parliament and control over key ministries. They will remain significant stakeholders in the political system. A divided parliament on military-civilian lines won’t be good for national reconciliation nor the peace process. The NLD will have to find a way to cooperate with the chief of staff as well as the military MPs. The NLD’s commitment to alter the constitution and in particular change article 436 is likely to bring the party into conflict with the military leadership. Daw Aung San Suu Kyi’s comment that she would be ‘above the president’ and would take all the decisions was not appreciated.

The second big challenge will be ruling and administering the country. The 43 NLD MPs did not do much during the last parliament and the party did not campaign on clear policy lines. With the exception of wanting to change the constitution, the NLD has not made its priorities clear to its electorate. It is unclear how the NLD will finance its reforms and it remains to be seen in how far the MPs that will be nominated as ministers will have the capacity to bring the changes about that their supporters are awaiting. The new ministers might actually have to rely  on  the  old  bureaucracy  and it would be counter-productive to try and change everyone in the administration since the NLD has no experience in running the country. The old bureaucracy for its part might make change more difficult. The NLD is seen as the ‘saviour’ of the country. It will be a challenge to fulfil these expectations.

The biggest challenge will probably be the one uniting the country. Myanmar’s ethnic and religious diversity will  not make this an easy task. An ultra nationalist Buddhist movement – called Ma Ba Tha (Society for the protection of race and religion) led by monks has gained traction in the last three years and has been fuelling anti Muslim feelings across the country. Ma Ba Tha’s influence did not only result in the four race and religion protection laws being passed last year – which clearly discriminate against Muslims, it has also resulted in Muslim electoral candidates not being able to contest their seats. Not one of the 1051 NLD candidates was  a  Muslim.  Despite a reasonably large Muslim population, Myanmar’s parliament might not have a single Muslim MP. The NLD has not spoken up for the disenfranchised Rohingya either, in fear of being branded foreigner friendly. The country is clearly divided on religious lines and community cohesion is going to be a difficult goal to achieve.

Another issue includes the representation of ethnic people. Around 38% of Myanmar’s population are ethnic minorities and there are  a  large  number of ethnic parties. In 2010 the ethnic MPs formed the  first  legal  opposition  to  the USDP dominated parliament. Despite local ethnic leaders’ misgivings the NLD fielded candidates in all ethnic majority areas. Consequently many locals feared the vote would be split leading to an end of vibrant ethnic politics that had been an unforeseen result of the 2010 elections. Their fears came true as the NLD displaced the ethnic parties in their own states. This does not bode well for an inclusive political process. The NLD has always maintained that democracy is their first priority and ethnic grievances can be addressed later. A sizeable ethnic representation is essential so as to represent the ethnic civilian voice and a parliament dominated by Bamar voices will not be good for trust and peace in the long term.

Linked to the representation of ethnic voices is of course Myanmar’s protracted and ongoing peace process with the ethnic armed groups. Myanmar has been fighting civil wars against several ethnic armed groups since independence. Today fighting continues in the north of the country. Daw Aung San Suu Kyi has promised that the peace process that was started by President Thein Sein’s administration will go on. The main actors however were  linked  to the outgoing government and at the time of writing it is unclear what will happen to the Myanmar Peace Centre and the negotiation teams that have been working on a political dialogue framework with the eight Ethnic Armed Groups that did sign the Nationwide Ceasefire agreement in October last year. The teams on both sides, including many of the non-signatory groups had learnt to trust each other. The army had been a part of the process. At present it is unclear how the process will continue with those who signed and what will happen with those who did not. A central question will be in how far the NLD led government will be able to stop the fighting between the Tatmadaw and the KIA in Kachin and northern Shan States.

Today euphoria and popular expectation across Myanmar’s  electorate is high. We have to hope that beyond the excitement the NLD will be able to satisfy the expectations of a country that has been waiting for these results for a quarter of a century. Clearly, this will not be an easy task.