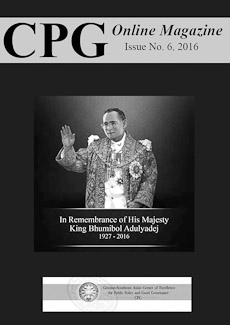 Russia and the Republic of Korea have recently enjoyed an uptick in their relationship, partly as a result of the former’s “pivot to the East” strategy. Yet in the area of traditional, military-oriented security, cooperation has fallen short. This is not to say that the two states are overtly hos- tile to one another militarily. Rather, bilateral military relations between Moscow and Seoul have been stunted by a number of external factors. Contrary to what one may expect, it is not simply because Russia and South Korea (closely aligned with the United States) are part of opposing blocs. Rather, in Russia’s case, it is a set of security concerns directly tied to Russia’s regional interests in Northeast Asia that have complicated Russian defense relations with South Korea.

Following decades of partnership with North Korea, the Soviet Union began making moves toward normalizing ties with South Korea, and established diplomatic ties with the ROK in 1990. After the fall of the USSR, the newly created Russian Federation largely turned away from its former ally North Korea in order to improve ties with the economically robust South Korea to attract hard currency investments in the Russian economy. Nevertheless, by the mid- to late-1990’s relations between the Russian Federation and North Korea normalized, with seemingly little effect on Moscow’s relations with Seoul. Russia’s respective ties with the two Koreas have even been described as embracing a policy of “equidistance”. Today, South Korea’s relationship with Russia is currently considered to be a “strategic partnership”.

As Anatoly Torkunov asserts in What is the Meaning of the Korean Question for Russia? (В чем значение корейского вопроса для России?), the Korean Peninsula is critical for both Russia’s security and economic interests. Korea constitutes the “soft underbelly” of Russia’s Far East, largely because of the tense security situation combining North Korea’s nuclear capabilities with the convergence of several regional powers, including China, Japan South Korea and the US. Furthermore, with one of the wealthiest and most vibrant economies in the world, South Korean investment is a major boon for the Russian Far East’s development.

According to Security and Cooperation in Northeast Asia, published by the Russian International Affairs Council (RIAC) and Seoul National University (SNU), it is in both Moscow’s and Seoul’s best interests to create a balanced multilateral security frame- work in Northeast Asia. Ideally, this would take the form of a concrete, multi-party security institution, yet one that falls short of being a formal alliance, similar to the Shanghai Cooperation Organization. The joint RIAC-SNU report declares that it is imperative that the region does not become enmeshed in Cold War-style security arrangements. Any such form of integration would necessitate relationship building between North Korea and old Cold War- era allies. Russia is indeed interested in expanding its defense relationship with North Korea, but not at the expense or detriment of its defense relationship with South Korea. Russia has agreements with both North and South Korea respectively to communicate with each other on defense developments and, more specifically, to prevent mishaps between Russia’s military and those of the two Korean states during drills or other operations.

Yet the Russian military finds it easier to establish a relationship with the North Korean armed forces compared with the South Korean military partly because of the latter’s strong defense ties with the United States. Russia and North Korea have taken steps to advance their military relationship, such as participating in military expositions, and the two countries have even proposed joint military exercises. Creating a blatantly anti-US bloc in Northeast Asia, however is not Russia’s primary motivation for closer defense ties with the DPRK, as doing so would only increase Russia’s vulnerability in the region. Rather, Russia’s main reason for expanding military ties with North Korea is to keep the lines of communication open between the two militaries, as well as allow Russia to continue monitoring North Korean military developments by way of confidence building. Thus, the main driver of Russian policy with North Korea is the desire for new partnerships to aid securing Russia’s Asiatic rear in a highly nuanced and tense environment.

While Russia and South Korea hold in common their condemnation of the DPRK’s provocations, the issue of missile defense in Korea remains a thorny issue for Russia in the region. Russia is concerned that the THAAD (Terminal High Altitude Area Defense) deployment endangers Russian security. Washington had proposed deploying THAAD in South Korea citing North Korea’s growing offensive missile capabilities concurrent with a decline in the DPRK’s conventional military prowess. American officials have consistently stated that THAAD is not directed at Russia, although Moscow has not given credibility to Washington’s stated position.

The fallout between Russia and the United States over THAAD has brought South Korea in the diplomatic crossfire. To some extent, the South Kore- an government’s desire to place THAAD on its soil has led to some verbal skirmishes between Russia and South Korea. After North Korea’s orbital rocket launch in February 2016, Lee Cheolwoo, a South Korean Member of Parliament and former intelligence official, accused the Russian Federation of supplying parts necessary for the construction of the long-range rocket. His accusation was allegedly based on intelligence collected by South Korean security services. Lee’s assertion emerged during negotiations between South Korea and the US over the deployment of the Thermal High Altitude Area Defense missile system. It is possible that this was a case of the politicization of intelligence, being used to justify THAAD’s deployment, a decision that has been proven to be highly controversial in South Korea today.

Russia and South Korean disagreement over THAAD, while unfortunate for two countries that otherwise have a healthy bilateral relationship, is tied primarily to the issue of North Korean security provocations. The government in Seoul did not approve the positioning of THAAD on its territory as a specifically anti-Russian measure. Nor is this, according to American defense officials, the United States’ primary motivation for installing THAAD. Nevertheless, the realities of Russian geography have taken what was supposed to be a joined ROK- US response to developments in North Korean missile technology and caused an extra complication for Moscow and Seoul.

At the risk of falling into a trap of determinism, it seems that South Korea and Russia currently face difficulties in their bilateral defense relations due to external factors. In part, one could argue that this is a result of the great power interplay between Russia and the United States, especially concerning the issue of missile defense. Yet more so than that, Russia and South Korea are locked in a difficult position be- cause of the very real threat to both countries posed by North Korea. Russia wishes to keep a close eye on North Korea’s conventional capabilities through relationship-building. Yet the price of this is the perception, and perhaps eventual reality, that North Korea and Russia will establish a military relationship that stands in opposition to the long-standing South Korea-US defense partnership. South Korea’s vulnerability to North Korean missile capabilities has likewise led to a situation where Moscow and Seoul sharply disagree on how to best manage this aspect of the North Korean threat. In the end, it is an issue of differing approaches to an overarching threat in a tight geographic neighborhood.