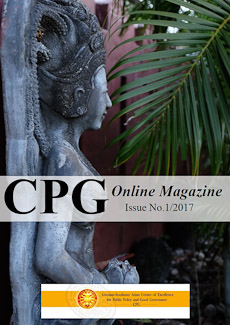 Prof. Ebsen, we want to talk with you about the problems of ensuring and if necessary enforcing core values of the European Union as laid down in Article 2 of the TEU and supported by the enforcement mechanism of Article 7 TEU. Within the EU, there is a debate about the “Copenhagen dilemma” and a necessity to supplement Article 7 by instruments that are more sui table to achieve compliance with the EU core values in case of conflict. What is your assessment of the EU Poland situation and of possible options?

On 27 July 2016, the EU Commission had adopted a recommendation stating that the conflict over the Polish Constitutional Tribunal and its handling by the political majority in Poland had brought about a situation of a “systemic threat to the rule of law” in Poland.  Based on its “New EU Framework to Strengthen the Rule of Law” the Commission gave certain recommendations and asked the Polish Government to solve the problems in line with the Commission’s opinion within 3 months. However, in that time the Government and the Polish political majority did not only not follow the recommendations, but took further steps even intensifying the “risk”. In consistence with the “Framework”, the Commission adopted a new recommendation on 20 December 2016, recording the noncompliance and the further moves in the critical direction, giving further recommendations, and setting a time limit of two months to comply. This is quite risky for the Commission insofar as it might get itself and bring the other political EU institutions into the inevitable situation of showing to be dogs that barks, but cannot bite. If there should be no sign of some substantial giving in by the Polish Government within the two months, the Commission will have to think about triggering the Article 7 TEU mechanisms – either by adopting the proposal provided for in Article 7 (1) TEU itself or by encouraging the other political institutions to do so, probably the European Parliament. As a consequence the Council would have to face the dilemma either to flout the proposing institution or to show its own weakness – at least when it would come to the decision provided for in Article 7 (2) needing unanimity.

On the other hand, the way the Polish Government is handling the constitutional crisis of the country could indeed not remain without answers on the European level showing solidarity and support for those groups and tendencies that are more in line with the values of Article 2. However, it seems to me more reasonable to kindle and maintain a political debate in what might be called a nascent European public and at the same time to use more flexible and less obviously intrusive strategies in the European institutions.

Do we understand you right that you agree to criticism of the TEU, which is implied when speaking of a “Copenhagen dilemma”, and that you follow those who recommend institutional changes that allow more effective interventions to defend the values of Article 2 TEU than the choice between recommendations without consequences and interventions with consequences, which have been called “nuclear”?

I think this question gets to an underlying normative disagreement about the identity and fundaments of the European Union and a political disagreement about problems and chances with regard to the actual status of the European integration and its development in the foreseeable future. It should be clear that the European Union has remained an international organization of sovereign states based on international agreements and that some hopes connected with the “Treaty establishing a Constitution for Europe” had to be abandoned with its failure in 2005 and its replacement by the much more sober Treaty of Lisbon 2009. Since then the problems and the political antagonisms in the EU, in its Member States and in the region have increased rather than decreased. This is probably not the best time for solving differences by rule setting, binding legal interpretation and legal enforcement proceedings – short: for using the “law mode” between the EU Member States in questions of deep-seated value differences. Therefore it seems appropriate for me to see Articles 2 and 7 TEU as something rather political than legal and to be moderated by “give and take” (which can well include the persuasiveness of pressure) instead of legal argument. That is why I think that the vagueness of Article 2 TEU, the weakness of Article 7 as an instrument of enforcement and the reduced jurisdiction of the European Court of Justice in this field are and will be just right for a fairly long time. There is a connection between a minimum of consensus and jurisdictional methods of conflict solution not only in a society but also in an international context. I believe that the slight majority for the Brexit would not have been reached without the outrage in certain groups of UK citizens about some jurisdiction of the European Court of Human Rights.

Is that not a very pessimistic perspective on the European integration project?

No, I am only pessimistic with regard to using the Article 7 mechanism for homogenizing split basic values within or even between the societies of the Member States. But there are some elements that can be understood as hints for a more optimistic view in a patient long-term perspective. The first is that it is just the combination of European problems that seem to be helpful for what has been discussed as a “European public sphere” for a long time. Euro crisis, migration crisis or Brexit – just to mention some of the key issues of conflict – promote the knowledge or even understanding of European problems and their dependency on co-operation and reciprocal respect for different views and interests. That is why I think that there are good reasons to solve even such conflicts like the actual one with and within Poland as long as the classical European mode of patient and persistent negotiation is not replaced by attempts to force subjection. And it is such a climate of patient and persistent negotiation in a developing European public sphere where also recommendations from the outside should have more influence upon the inner-societal debate than they will probably have in combination with the threat of enforcement instruments.

The interview was conducted by Dana Schneider and Ann-Sophie Hillmann.