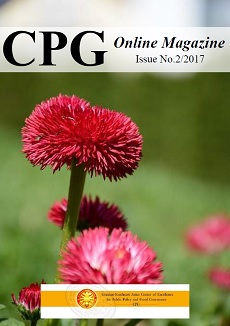 Foreign Penetration in the CLMV: Benefits and Costs

Paul Chambers is a CPG Senior Research Fellow and a Lecturer at the College of ASEAN Community Studies, Naresuan University, Thailand

March 2017 witnessed the seventh annual CLMV Summit among the ASEAN states of Cambodia, Lao PDR, Myanmar, and Vietnam. The meeting stressed the need for the four countries to accelerate regional economic integration and work together to diminish the gap between CLMV members and other ASEAN states. CLMV itself has been said to represent a positive trend in that the most impoverished ASEAN states seek to unite toward development, especially since these countries have historically suffered from civil war driven by foreign intervention.

Today, foreign interests are still focused on the four countries, although a military motive has been replaced with a desire to “cash in” across the CLMV. United States interest in the Mekong region (enormous during the Cold War), rapidly diminished after 1991, and continue today in terms of more modest programs such as Operation Cobra Gold and the 2009 Lower Mekong Initiative. The vacuum left by Washington’s departure has been filled by Asian “donor” countries. Since the end of the Cold War in 1991, Japan, Thailand and China have successively established strategies to promote “development” and tap economic resources in the CLMV. In addition, South Korea, Singapore and India are increasing investments in Southeast Asia. The interests in CLMV by these countries all demonstrate that the four states are an increasingly popular center for foreign investment, trade, development assistance and linkages with international business groups.

The earliest Asian “donor” was Japan. The 1985 Plaza Accords stimulated Tokyo to search for cheap labor and resources in Southeast Asia. The 1991 end of the Cold War turned the CLMV conflict zone into economic opportunity and larger amounts of Japanese investment flowed into the region. In 1992, Japan indirectly created the Greater Mekong Sub-region (GMS). The GMS was formally initiated by the ADB (Asian Development Bank), itself dominated by Japanese finance. It represents an economic area comprising Cambodia, Lao People’s Democratic Republic (Lao PDR), Myanmar, Thailand, and Viet Nam, as well as China’s Yunnan Province and Guangxi Zhuang Autonomous Region. The program assists in implementing sub-regional projects in transport, energy, telecommunications, environment, human resource development, tourism, trade, private sector investment, and agriculture. Implementation of projects is mostly undertaken by Japanese firms. More recently, under the Shinzo Abe government, Japanese companies have rapidly increased investments in Cambodia, Lao PDR, Myanmar and Vietnam because of low-cost labor, abundant cheap natural resources, and a desire to tap new markets. In Myanmar, Japan is especially interested in Thilawa, the Japan-financed Special Economic Zone. At the same time, Japanese ODA (Overseas Development Assistance) to CLMV countries has consistently been the highest of any external donor. Japan has established a “Thailand-Plus-One” system whereby companies shift their activities to low-cost production sites of CLMV while maintaining operations in Thailand as a regional production center. The growth of FDI to CLMV has led to expanded Japanese imports from CLMV which has contributed to greater economic development in CLMV.

Though unable to compete with Japan, Thailand has also sought to expand economic operations into CLMV. In 2003, Thailand implemented a plan to connect the five economies of mainland Southeast Asia under a Bangkok-financed investment/development program—ACMECS (Arrewaddy-Chao Phraya-Mekong Economic Cooperation Strategy). Since then, Thailand has sponsored numerous ACMECS projects in Lao PDR, Myanmar, Cambodia and Vietnam. ACMECS is a sub-regional version of the GMS: recipient countries must accept Thai firms to implement ACMECS projects. Among ACMECS’ latest projects is the construction of a railway bridge linking Poipet, Cambodia with Aranyaprathet, Thailand. Thailand is among the top three investors in Myanmar and Lao PDR, while in Cambodia and Vietnam it is among the top 10. Meanwhile, Thai trade with CLMV countries has more than doubled since 2010, and in 2016 accounted for 10.4 percent of Thailand’s total exports. The Prayuth Chan-ocha regime is pushing for the establishment of border economic zones designed to boost even more trade and investment with CLMV.

Despite the growth of Japanese and Thai capital in CLMV over the years, all eyes are now on China, which is today a global economic and political giant. By 2007, China had rapidly expanded its economic potential across Southeast Asia. Meanwhile, in 2015, it launched both the Lancang-Mekong Cooperation (LMC) Framework and an Asian Infrastructure Investment Bank (AIIB). The LMC makes development projects available to Mekong countries, and in 2016, 45 such projects had already been initiated. The AIIB is China’s variant of the ADB. The AIIB has been perceived as perhaps preferable to some CLMV countries because it offers loans with much fewer strings attached. Today China is a leading investor in all CLMV countries. In addition, since 2014, China has become the principal supplier of goods for the CLMV. Regarding trade, China accounts for 25 percent of CLMV exports and between 10-25 percent of imports (except for Cambodia). Finally, Chinese ODA (Overseas Development Assistance) has skyrocketed to CLMV countries in the last three years. China has acquired several 99-year economic trade zones across CLMV which has effectively allowed it bypass these countries’ sovereignty. The AIIB is playing a central role in financing railroad connectivity from southern China, through Lao PDR and across Thailand. Such connectivity is in line with China’s One Belt One Road (OBOR) strategy (increasingly linking Chinese trade and investment destinations) while at the same time enhancing the ASEAN Economic Community (AEC) regional labor/production/distribution networks. Though Vientiane has pressed ahead with the rail project (which it would have to partially fund), the portion of the railroad through Thailand has suffered numerous setbacks, given Bangkok’s reluctance to provide a great deal of funding for the project.

Japan, Thailand and China are leading the way towards greater trade, investment and assistance projects in the CLMV. Each of the three is offering “trickle down development” for the CLMV based upon their own interests in it. Those interests involve making use of the region as a cheap production site, a market for goods and a long-term economic partner. But while such foreign penetration may produce dividends for CLMV, it will be a form of distorted development in that it particularly benefits wealthier citizens of CLMV countries while increasing the gap between the rich and poor. As the CLMV becomes the lowest end of a regionally integrated economy, Cambodia, Lao PDR, Myanmar and Vietnam will suffer from enhanced economic dependence from regional economic patrons, especially China and Japan. The entrenchment of such economic asymmetry could cause more burdens for mostly marginalized peoples of the CLMV through such practices as increased land grabbing, natural resource extraction and the building of greater numbers of dams. Ultimately, where CLMV may superficially appear as a mere grouping of poor, neighboring countries seeking a common voice, it represents, at the same time, a regionalized opportunity for more powerful states (and their corporations) to establish an economic footing for purposes of power maximization. The world should be wary of the predictable human security costs which this arrangement could well produce.