A Ministry of Truth in Singapore? Reflections on the Anti-Fake News Act 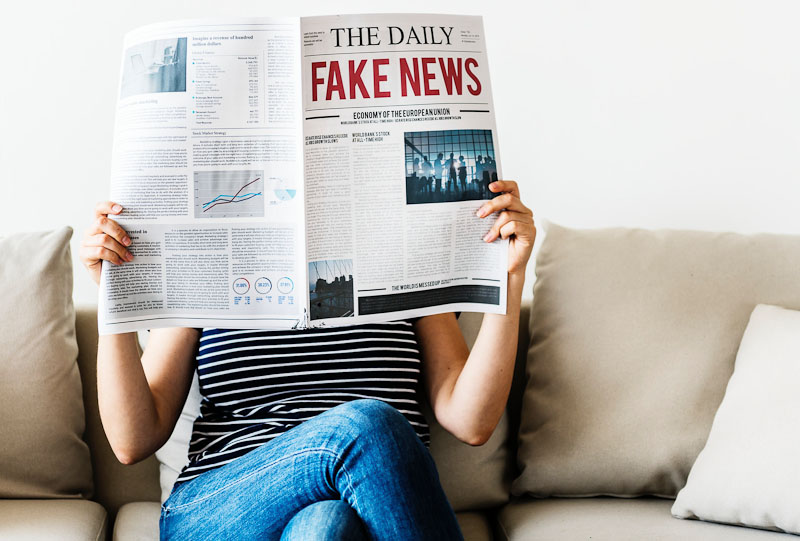 On 8 May, Singapore’s parliament passed the Protection from Online Falsehoods and Manipulation Act. Often referred to as the Singaporean anti-fake news law, it was enacted within a month since its introduction by the government. A closer look at the law’s context, its most powerful elements and its possible regional impact as a model for legislation in other countries reveals that it is most likely to have chilling effect on freedom of expression.

The Singaporean law is following the global trend aiming to address so-called fake news on the internet with preventive and repressive measures. Some of these attempts are more sweeping, such as the recent Russian example, than others, such as the French law against manipulation of information that is limited to pre-election periods. In addition, an increasing number of laws around the world are reinforcing or enhancing the duties of social media platforms to mark, block or remove illegal content, hate speech in particular. Australia’s recently enacted Sharing of Abhorrent Violent Material Bill – with New Zealand possibly soon following a similar approach – or the German Network Enforcement Act can be named.

The region experimenting the most with anti-falsehood legislation is Southeast Asia. Cambodia, Indonesia, Malaysia, the Philippines, Thailand and Vietnam have recently passed or are considering the passing of related laws. In these processes, the division between acceptable and unacceptable falsehoods reflects political power struggles and often touches upon unique aspects and sensitivities in every country. Now, the Singaporean government has made a move and put into a law what it considers a multi-pronged approach to fight the spreading of false information on the internet. Among its stated purposes, the Act quite generally aims to “prevent the communication of false statements of fact in Singapore and to enable measures to be taken to counteract the effects of such communication” (Section 5(a)).

While Prime Minister Lee Hsien Loong called it a “step forward”, insisting that it is “our objective to continue to do things that will work for Singapore,” the bill has been criticized from many sides. Professors pointed to possible chilling effects on open-ended academic debates. The Asia Internet Coalition, representing internet giants such as Facebook, Google or Twitter, referred to an overreach and risks to freedom of expression. The internet activists of New Naratif raised the government’s ongoing prosecution of dissenters and the danger of tightened public discourse control in Singapore. And Reporters Without Borders said that “this Orwellian law establishes nothing less than a ‘ministry of truth’”.

The law needs to be seen in the Singaporean context. The country is ranked worse than several of its fellow ASEAN neighbors in terms of press and internet freedom. Its legal system has often been described as an Authoritarian Rule of Law. Individual rights are restricted by a myriad of laws aimed at, for example, preventing vandalism, maintaining religious harmony or protecting public order.

Freedom of speech is guaranteed by Article 14 of the Singaporean Constitution, but restrictions can be based on general defamation laws and, more specifically, on the Newspaper and Printing Presses Act, the Protection from Harassment Act, the Administration of Justice (Protection) Act and an Internet Code of Practice. Since 2013, news websites of a certain size have to apply for a publishing license, subject to annual renewal. At present, several high-profile cases involve criminal proceedings against politicians, editors and activists over charges such as scandalizing the judiciary, contempt of court and defamation.

Before the drafting of the bill, a parliamentary Select Committee held public hearings that involved professionals from various backgrounds as well as members of the general public. The final report recommended a multi-pronged approach consisting of improved education and digital media literacy, better support for quality journalism, and disruption of online falsehoods by tagging or correction mechanisms and other measures including the removal or blocking of content or the shutting down of accounts. However, the report appeared to conceal or misrepresent some critical comments that were made during the hearings, for example by internet activists or representatives of large tech firms. Human Rights Watch outright rejected participation in what the NGO called a media event rather than a true consultation.

What is in the Act?

Turning to the Act itself, it establishes multiple duties for internet users, “intermediaries” such as social networking sites or search engines, online advertisement agencies and internet access service providers. The duties are either stipulated directly in the law or they depend on actualization through orders by the competent authorities. What almost all duties share is the fact that they are backed up with criminal charges in case of non-compliance.

According to one of the central provisions, anybody who makes available a false statement of fact – which includes audio and video content – to end-users in Singapore and thereby negatively affects certain public interests, can be punished with a fine or imprisonment of up to five years (Section 7). If the person makes such statement while not disclosing his or her true identity, this could be considered as a communication via an “inauthentic online account”, which aggravates the crime and lifts the possible punishment up to ten years of imprisonment.

The Act defines a false statement of fact in Section 2(2): “a statement is false if it is false or misleading, whether wholly or in part, and whether on its own or in the context in which it appears” (Section 2(2)). Besides being poorly phrased, the definition is vague and raises the question to what extent a factually correct but incomplete statement could amount to a “misleading” and thereby legally false statement.

Criminal liability for the communication of a false statement of fact is triggered only if it is “likely” to be detrimental to certain defined public interests (Section 4, 7(b)). These include the security of Singapore or a part thereof, public health, safety, tranquility or finances, international relations, presidential or parliamentary elections or referenda, peaceful relations between different groups and, last but not least, “public confidence in the performance of any duty or function of, or in the exercise of any power by, the Government, an Organ of State, a statutory board, or a part of the Government, an Organ of State or a statutory board.”

The line between legally acceptable and unacceptable falsehoods is thus drawn along enumerated public interests. The law is likely to hegemonize the Singaporean discourse around the floating signifier “fake news”. However, terms such as “public tranquility” and “public confidence” in state authorities are broad and therefore problematic, in particular when taking into account Singapore’s history of dealing with freedom of expression. These terms might, however, clarify what the final Committee report meant when it referred to a “meaningful exercise of freedom of speech”.

The Act’s most powerful tools for cleaning up the Singaporean internet from alleged falsehoods, however, can be found in Parts 3 and 4, which stipulate “any” minister’s authority to order the issuance of “Directions” in case of a likely threat to one of the defined public interests. By way of a “Correction Direction” (Section 11), a person can be forced to label its own statements as false or to include alternative facts provided by the ministry. It is thus the ministry which determines truths and falsehoods, subject to possible subsequent judicial review (Section 17).

The “Stop Communication Direction” (Section 12) requires a person to discontinue the communication of a certain statement or “substantially similar” statements. The person must take the necessary steps to ensure that the statement is no longer available on or through the internet to end-users in Singapore, which could be a challenging task. The issuance of a Stop Communication Direction must be published in the government’s Gazette, which tries to ensure that statements do not just disappear without a record.

Non-compliance with these orders triggers criminal liability. The Act explicitly says that a person can be found guilty even if the respective Direction is still under review by the ministry or the High Court. In other words, the Act aims to enforce ministerial orders with the threat of criminal charges even if an order’s legality is doubtful. The question whether, at least, a final court judgment finding an order illegal can be a (retroactive) defense, remains unanswered but is most likely in the negative. Thus, the law focuses strongly on the primary level of enforcement without the possibility of recourse to defenses on the secondary criminal level. In addition, appeals do not have a suspensive effect, and the High Court is generally not empowered to grant injunctions against public authorities.

The clean-up in case of non-compliance is rounded off with the possibility to order internet access service providers to block access to the respective “online location” (Section 16).

Importantly, the owner or operator of a declared online location must label his or her website etc. as being the subject of such Declaration. In other words, the respective person must brand himself as not-trustworthy. Failure to comply triggers criminal liability or blocking of access. In addition, access can also be blocked or disabled if such website continues to display paid content (i.e. advertisements). Advertisement agencies must also check whether their content is included on any of these sites. Declared online locations shall thereby be dried out financially (see Sections 33, 34, 36, 37).

Whereas the Act contains several additional noteworthy mechanisms such as indefinite account restrictions or a code of practice with due diligence obligations, the analysis so far has shown that the Singaporean government has offered itself a wide range of powers in order to clean up the internet from alleged falsehoods. The ministers receive the authority to label content as false by way of the above-mentioned orders. Though judicial review is possible, this is costly and time-consuming, and, importantly, does not absolve from criminal liability in case of non-compliance. The possibility to label websites as generally not trustworthy based on three (!) statements is problematic if one takes into account the large amount of information communicated, often on a daily basis.

Under the Act, the government itself cannot be made responsible for spreading misinformation. The general administrative remedies such as prohibiting orders do not seem to be a promising tool, either. Another open question is whether old content is covered by the law, resulting in a retroactive internet clean-up. The Act’s wording does not exclude such possibility.

The law therefore includes a number of elements that will have further chilling effects on freedom of expression in Singapore. In addition, its possible regional impact should not be underestimated. Countries in the region are currently considering or experimenting with different models of anti-falsehood legislation, some with the main goal of further criminalizing dissent. The Singaporean approach is likely to provide fresh input for these developments as the city state is often perceived as a role model for its fellow ASEAN neighbors.

It therefore seems that the liberal notion of a self-regulating marketplace of ideas in which “the remedy for speech that is false is speech that is true” (see the U.S. Supreme Court in Alvarez) is in further retreat. The trend to domesticate and localize the internet is progressing.

This is an updated version of an article that previously appeared on the Verfassungsblog.