On 18 July 2019, the German-Southeast Asian Center of Excellence for Public Policy and Good Governance (CPG), along with the Asian Governance Foundation (AGF), hosted the seminar ‘Authoritarian Modernism in East Asia’. The seminar was centred around the discussion of authoritarian modernism as a refutation against modernisation theory, and looked to East Asia for examples. CPG welcomed City University of Hong Kong’s Head of Department of Asian & International Studies Professor Mark R. Thompson, who was the keynote speaker for the seminar, and Dr Balazs Szanto from Webster University Thailand as the discussant. Dr Duc Quang Ly, CPG’s Project Manager, opened the seminar by highlighting the persistence and strengthening of authoritarian political systems amongst modernising states, citing China as a key example. He proceeded to welcome Professor Thompson and Dr Balazs Szanto from Webster University Thailand.

In his lecture, Professor Thompson started by delineating modernisation theory. According to modernisation theory, democratic transition is inevitable with economic development. Modernisation theory thus argues that modernity always results in the establishment of liberal democracies, while authoritarian rule is incompatible with modernity. While there is some support to modernisation theory, a deeper look into East Asia reveals substantial examples of “authoritarian modernism”. Authoritarian modernism is characterised by a “regime leadership” that promotes economic development yet continues “resisting democratic change”. This can be observed in Japan, China and Singapore. Oftentimes, strong authoritarian leaders have their ideologies challenged, and thus choose to co-opt society by rationalising authoritarian rule as culturally appropriate. They further disregard liberal democracy as a Western ideal, and argues that democracy not an all-encompassing ideology.  In this manner, they challenge Western universalism with a certain cultural particularism. They also seek to demobilise society through the political management of social differentiation. He concluded his address by exploring the question of whether China, under Xi Jinping’s leadership, has moved away from an authoritarian modern path to a more personalistic one.

Thereafter, Dr Balazs Szanto presented his response to the lecture. He argues that authoritarian modernism is a “seductive idea” that will not be sustainable in the long run. He highlights how authoritarianism removes the orderly transition of leaders and influx of new ideas, which are important in ensuring the continuity of economic progress. While there are successful examples of authoritarian societies, he argues these were mostly due to luck. He further notes that, while these societies enjoyed a period of economic boom, they are mostly followed by a bust soon after. Instead, he argues that while authoritarian modernism allows for rapid economic development, it deprives the establishment of social safeguards that ensure the longevity of a state’s modernity project. On the other hand, democratic transition ensures the creation of a safeguard against poor and unstable leadership, as well as continued economic progress. Responding to this argument, Professor Thompson noted that liberal democracies are similarly unstable. This is due to the constant transition of leadership, the fluidity of norms, and the possibility of electing potentially bad leaders. He further highlighted that no political trajectories are forever, and that each has its own contradictions. Authoritarian modernism, he clarifies, also operates under a collective leadership instead of an individual.

Attending audience had several insightful questions, and a lively discussion followed. Dr Duc Quang Ly was concerned about whether China is shifting towards a totalitarian form of rule, citing various signs such as its social credit system and religious persecution. Professor Thompson responded by pointing out how certain areas of China, such as northwestern China and Tibet, do display totalitarian elements but later argued that he would not classify China as a totalitarian state. His stance is made after referring to Hannah Arendt’s definitions of totalitarianism, and comparing Xi Jinping’s  ideologies to those of Mao Zedong and Joseph Stalin. H.E. Kasit Piromya, Former Minister of Foreign Affairs of the Kingdom of Thailand, enquired about the role of the military in authoritarian modernism. He contended that the military, besides protecting the people, can serve as a modernising agency too. Professor Thompson notes that the military has indeed been crucial in helping regimes survive, especially in times of instability. However, he argues that the military has always been subordinated to the civilian modernisers. Dr Szanto similarly opines that the military is but a short term measure. Another question was raised, particularly regarding the role of social media in curbing authoritarian modernism. Dr Szanto suggests that social media is oftentimes overstated and argues that what matters more is the willingness of the citizenry to actively engage with information. Professor Thomspon, however, acknowledges the potential of social media in destabilising authoritarians. This is why it is important to control and restrict information that reaches the public, as can be seen in measures like China’s Great Firewall and Singapore’s censorship laws, including its new anti-fake news law. 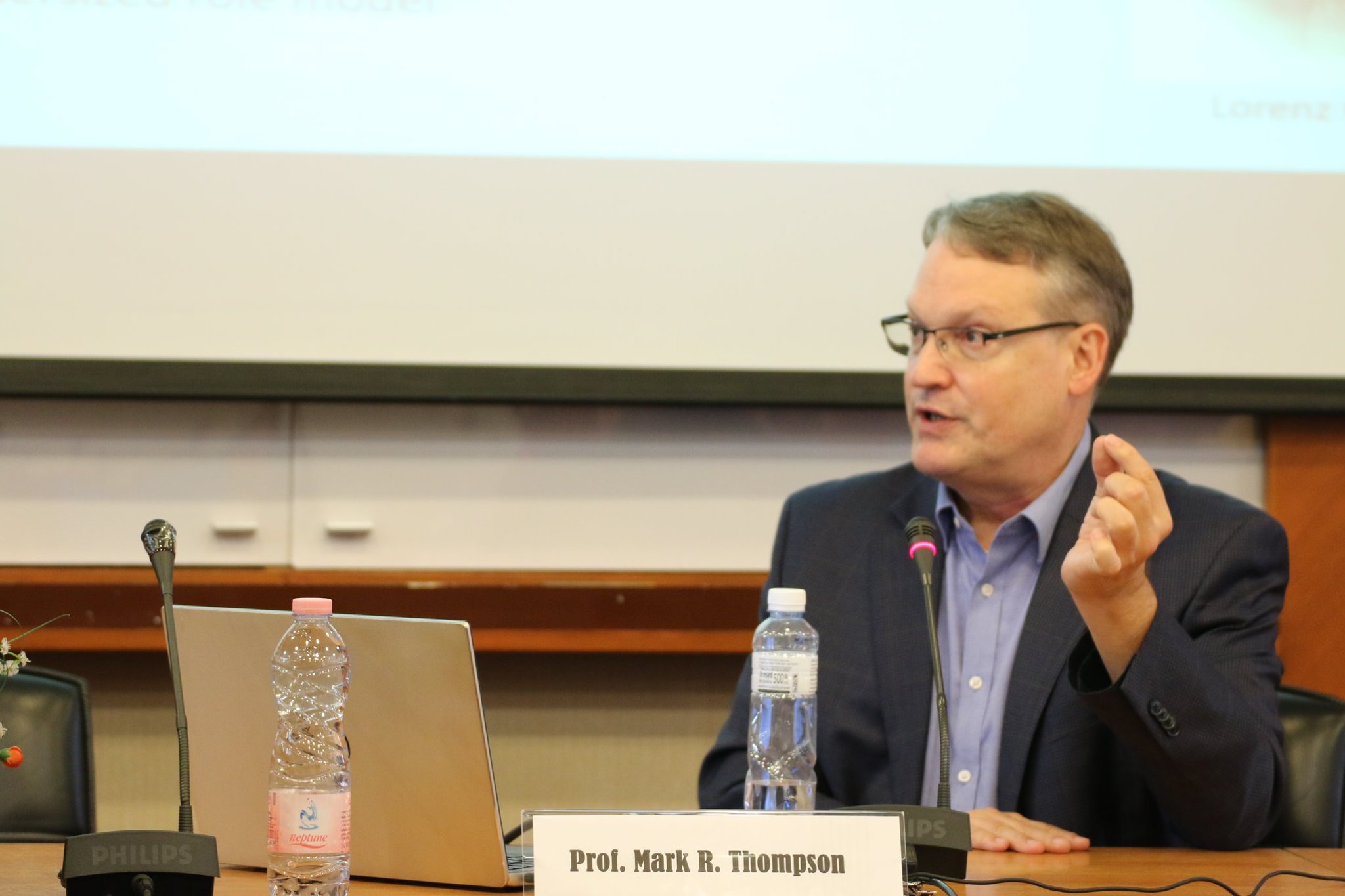 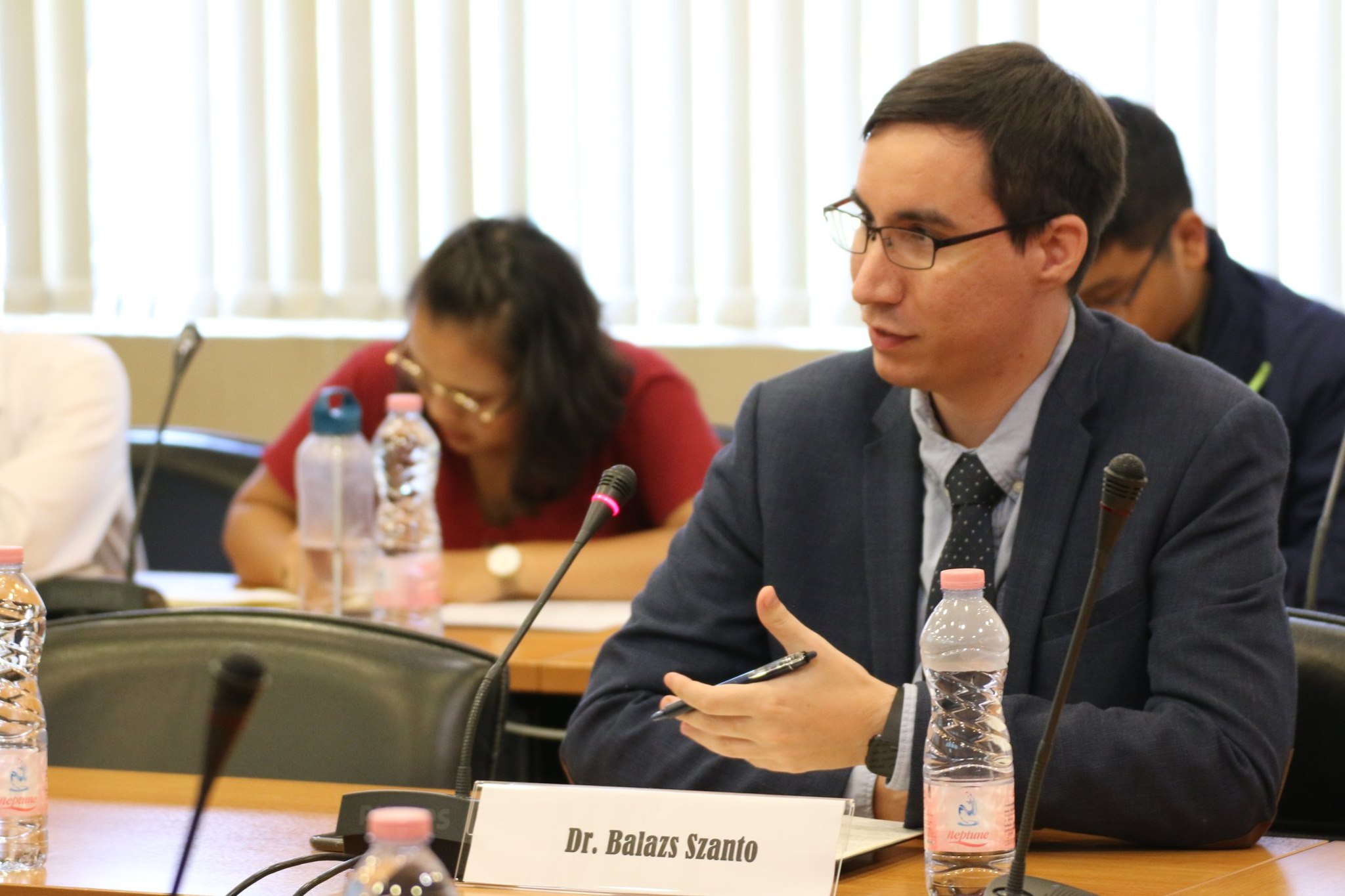 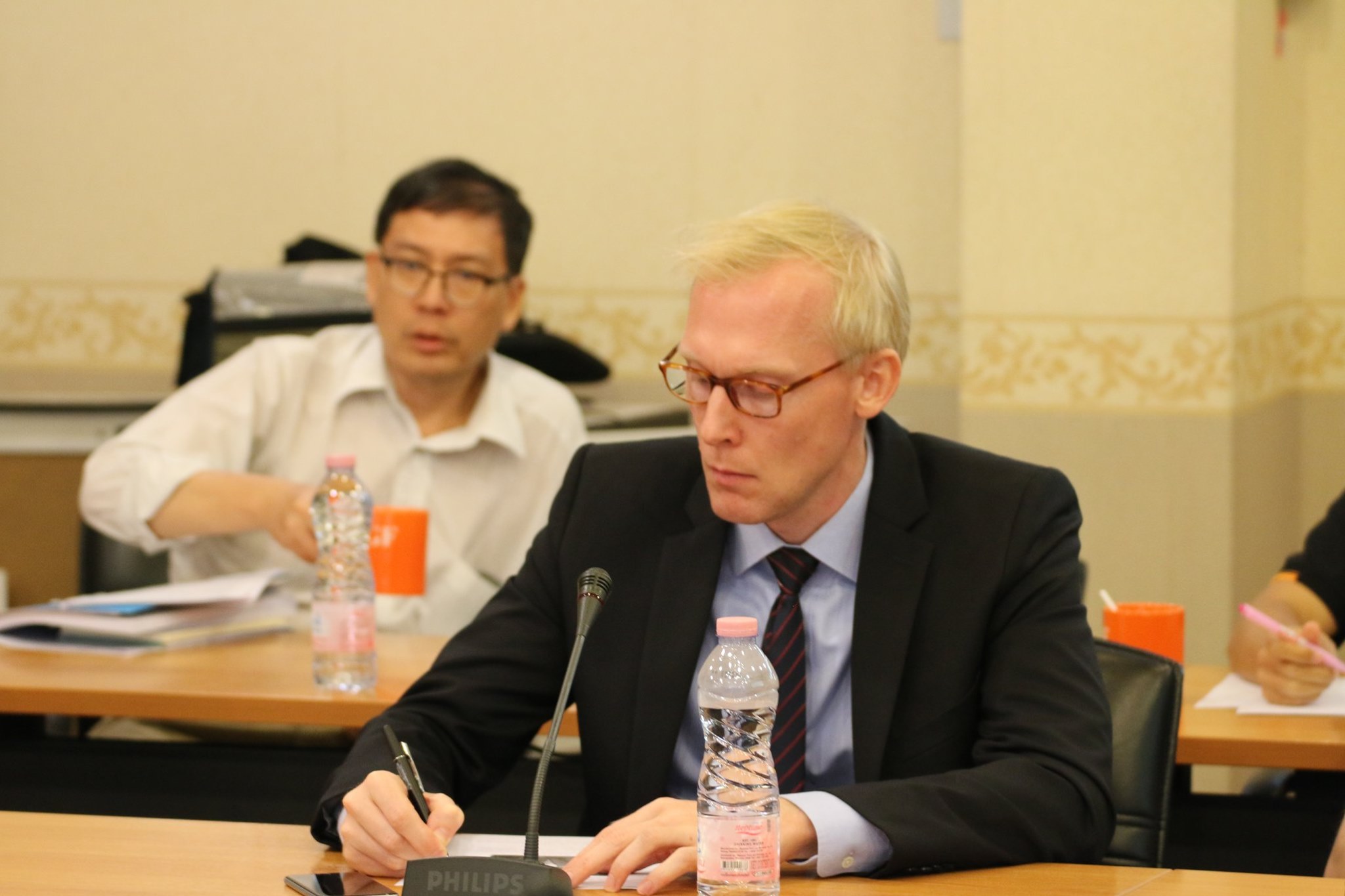 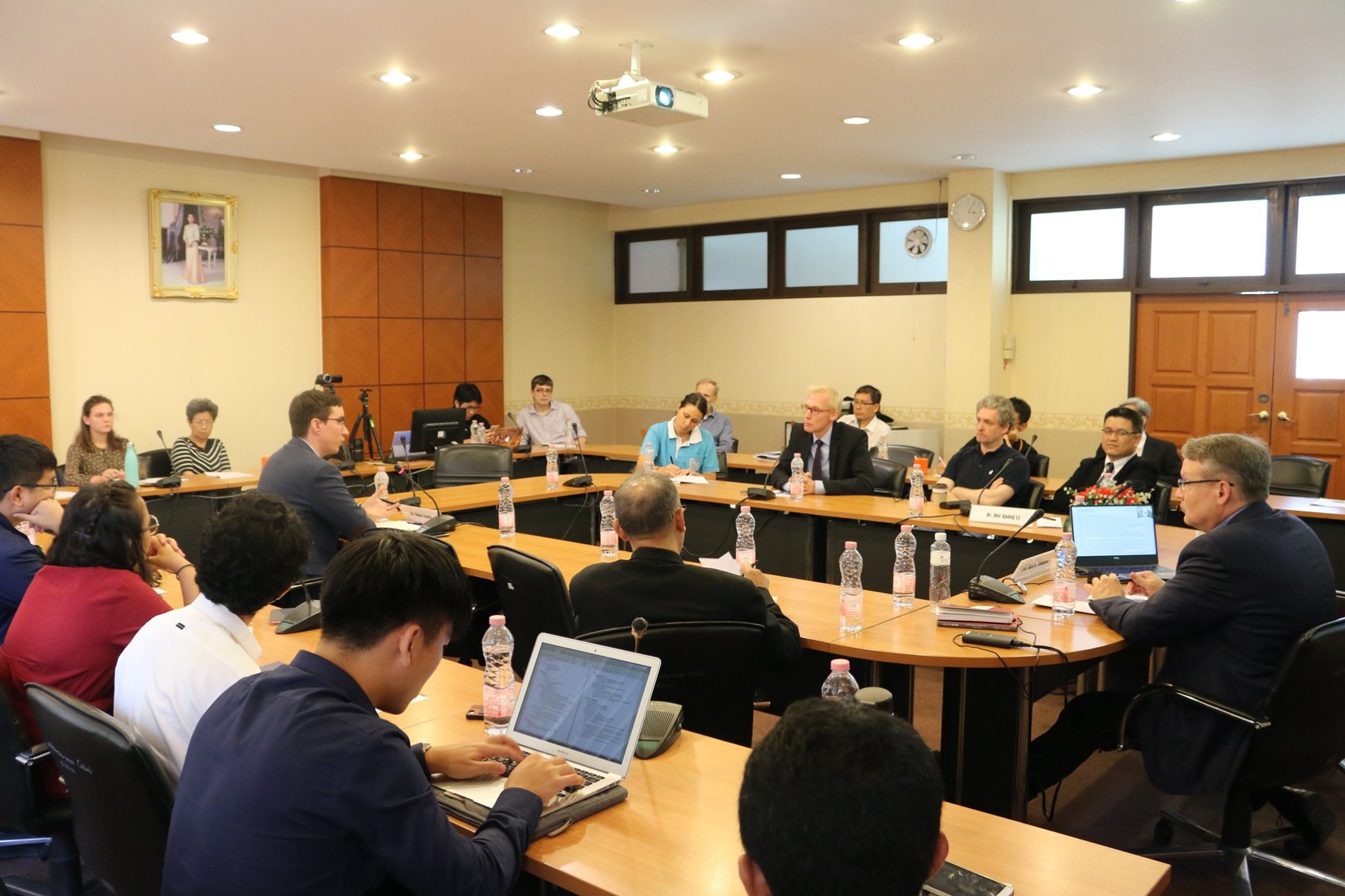 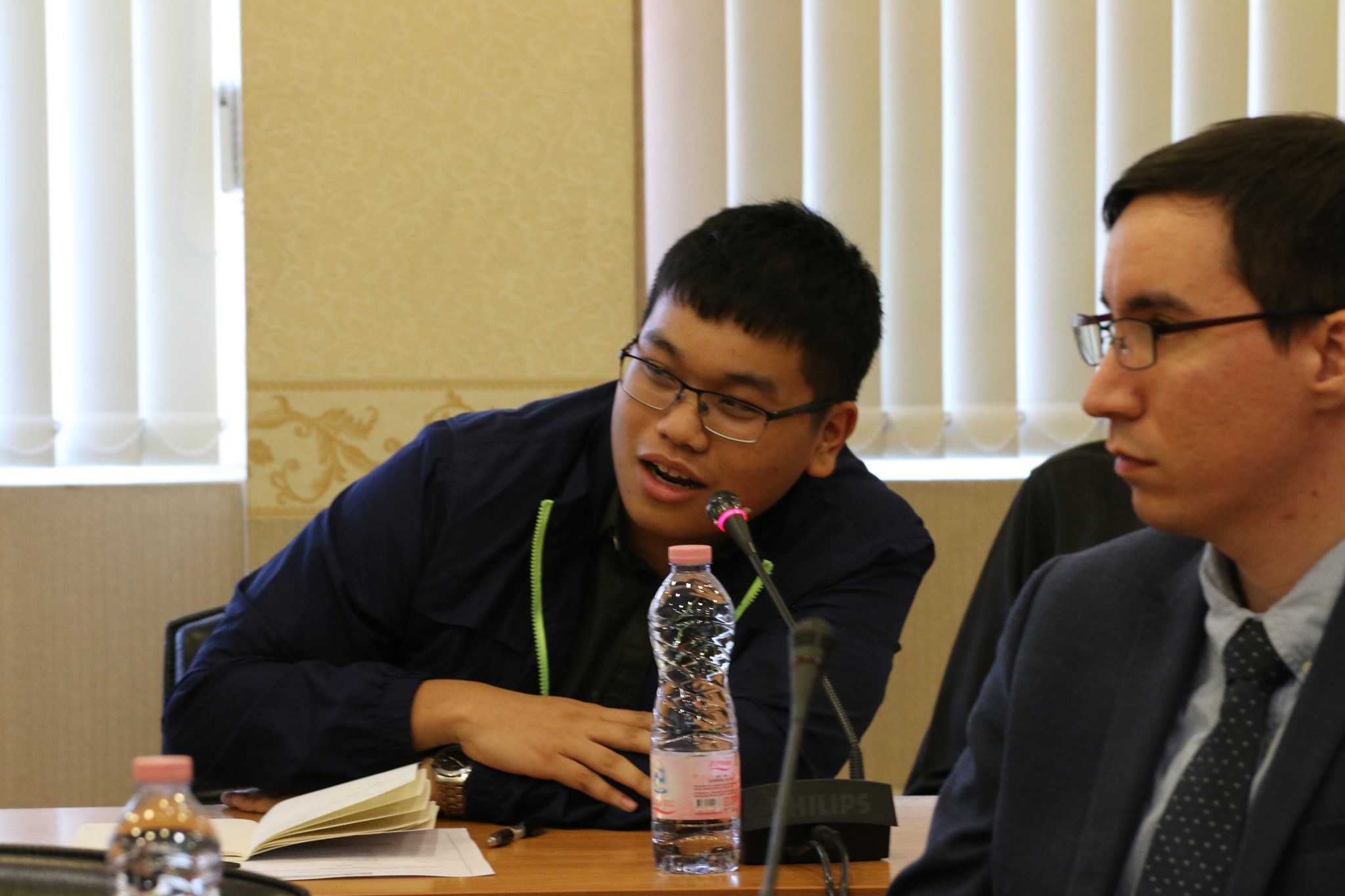