Seminar: ” Twist on Belt and Road”

Seminar: “Twist on belt and Road”

On 22 July 2019, the German-Southeast Asian Center of Excellence for Public Policy and Good Governance (CPG), along with the Asian Governance Foundation (AGF), hosted the seminar ‘Twists on the Belt and Road’. CPG welcomed Dr Ryan Manuel from the Crawford School of Public Policy at the Australian National University, who presented a highly insightful analysis of the Belt and Road Initiative (BRI)-related policy making process within China’s bureaucratic system of politics. H.E. Kasit Piromya, former Foreign Minister of Thailand, was also present as the discussant.

Dr Duc Quang Ly, CPG’s Project Manager, started the seminar by providing a brief introduction into BRI and how it is commonly viewed through the lens of geopolitics, geoeconomics, and foreign policy. He highlighted the lack of investigation into the domestic aspect of the BRI, and how it fits within the overall Chinese domestic politics. To this, he argued that Dr Manuel is the best person to inform on the topic as he had studied China for a really long time. With this brief introduction, Dr Manuel began his presentation by providing a cohesive and comprehensive view into the Chinese domestic government structure and where the BRI command structure belongs within that. He then expanded how the command structure clearly reveals that the BRI is not perceived by the Chinese as a foreign policy strategy, but an economic strategy that allows for Chinese expansionism. This is because BRI is evidently not under the management of China’s foreign affairs apparatus, but rather, the economics policy sector. Additionally, he expounds on how the BRI helps provide the foundation for regional transformation in other regions, but that is not necessarily its goal. To this, he added that many deals signed under the banner of BRI is often
unsuccessful and left incomplete. While China provides the funds, it is not its ultimate goal to see these projects through to completion. More importantly, Dr Manuel argues that China’s domestic politics and decision-making structure is the key cause of BRI’s failure. This is because it is comprise of a large number of actors with varying interests, resulting in significant inefficiency in its implementation.

H.E. Kasit Piromya proceeded to offer his responses to the presentation. He firstly echoed Dr. Manuel’s sentiments by expressing his lack of optimism towards the BRI due to its lack of clarity and organisation. However, he disagreed that BRI could boost China’s imports, since China can be self-sufficient due to its size. Rather, the BRI is an outward-oriented economic strategy. He further questioned the inclusivity of the BRI, citing the exclusion of India as a key example. He also contends that the BRI should complement the economic systems of states instead of competing with them. He concluded his response by highlighting the need for the Chinese leadership to revamp the BRI by ensuring a more equitable distribution of ideas among the Chinese leadership. To this point, Dr.Manuel noted that getting China to change is not possible. Instead, a more appropriate solution is to educate recipient countries of BRI and its implications, as well as encouraging greater consultation between these countries and China.

There were several insightful questions amongst attending audience, and a vibrant discussion followed. There were a few questions, particularly concerning Southeast Asia. A former Thai diplomat raised the issue of how Thailand is too close in proximity to China to ignore the BRI, and argued that it is inevitable for the Kingdom of Thailand to engage with the BRI to preserve relations with China. Judith Schildberger, First Secretary of the Austrian Embassy, also enquired about the security aspects of BRI. She conjectured that developments in security, such as China’s construction of bases in other states such as Cambodia, could be part of the BRI. Dr Manuel, however, begged to differ, and reiterated that the BRI is primarily an economic endeavour. He further advised against merging economic and security analyses because it can produce excessive complications. H.E. Kasit Piromya also noted that establishing Chinese bases overseas violates ASEAN’s Zone of Peace,Freedom and Neutrality (ZOPFAN). Manfred Hornung, Director of Heinrich Böll Stiftung Southeast Asia Regional Office, challenged the claim that BRI has no positive impacts, and gave some examples of BRI’s successes. Dr Manuel responded by emphasising that success is indeed possible, but only if recipient countries of the BRI perform their due diligence in assessing the feasibility of integrating BRI programs into their economic systems.

Dr Ly closed the seminar by thanking Dr Manuel, H.E. Kasit Piromya and participants for an afternoon of intriguing discussion. Dr Manuel’s paper on this topic will be published in September 2019 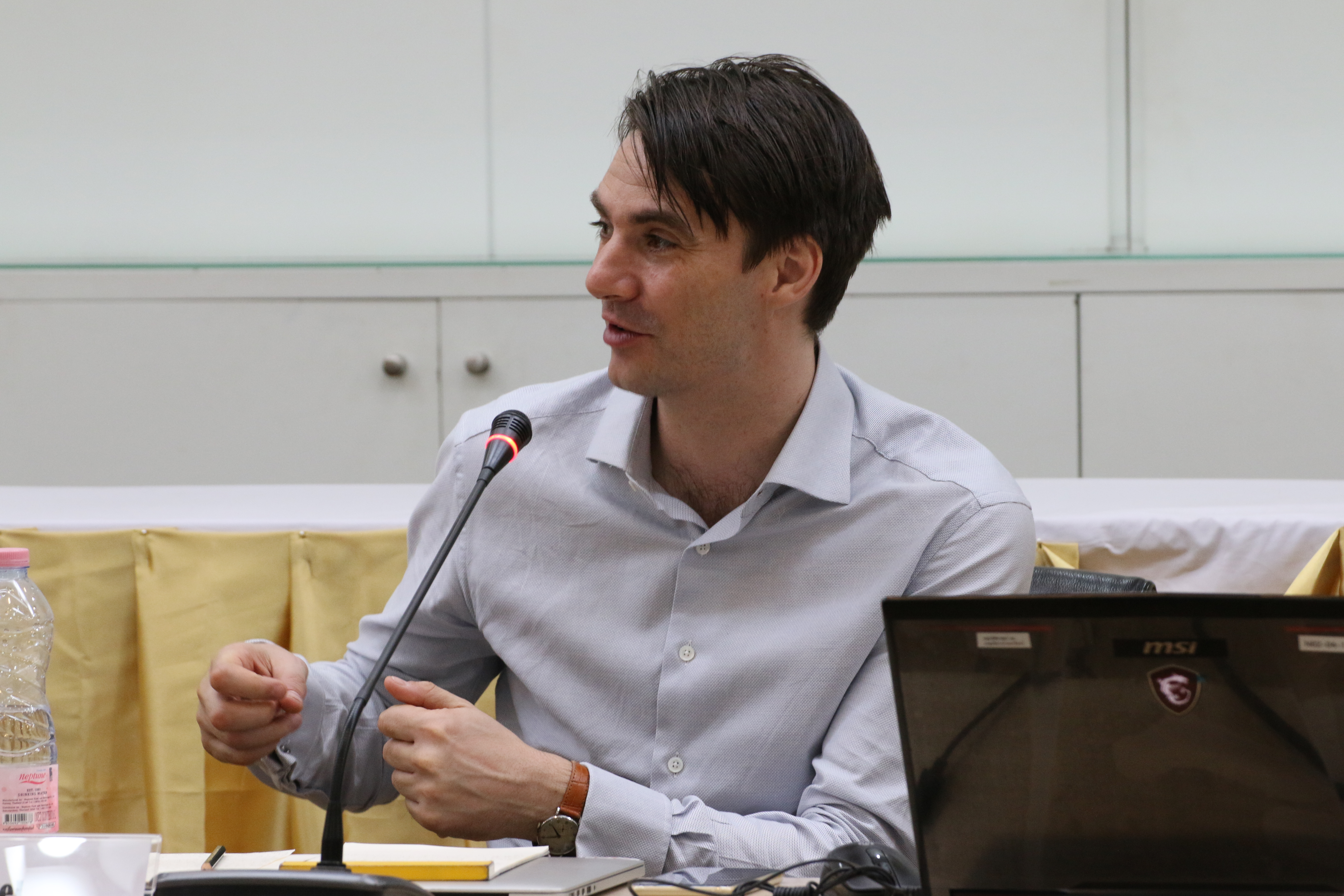 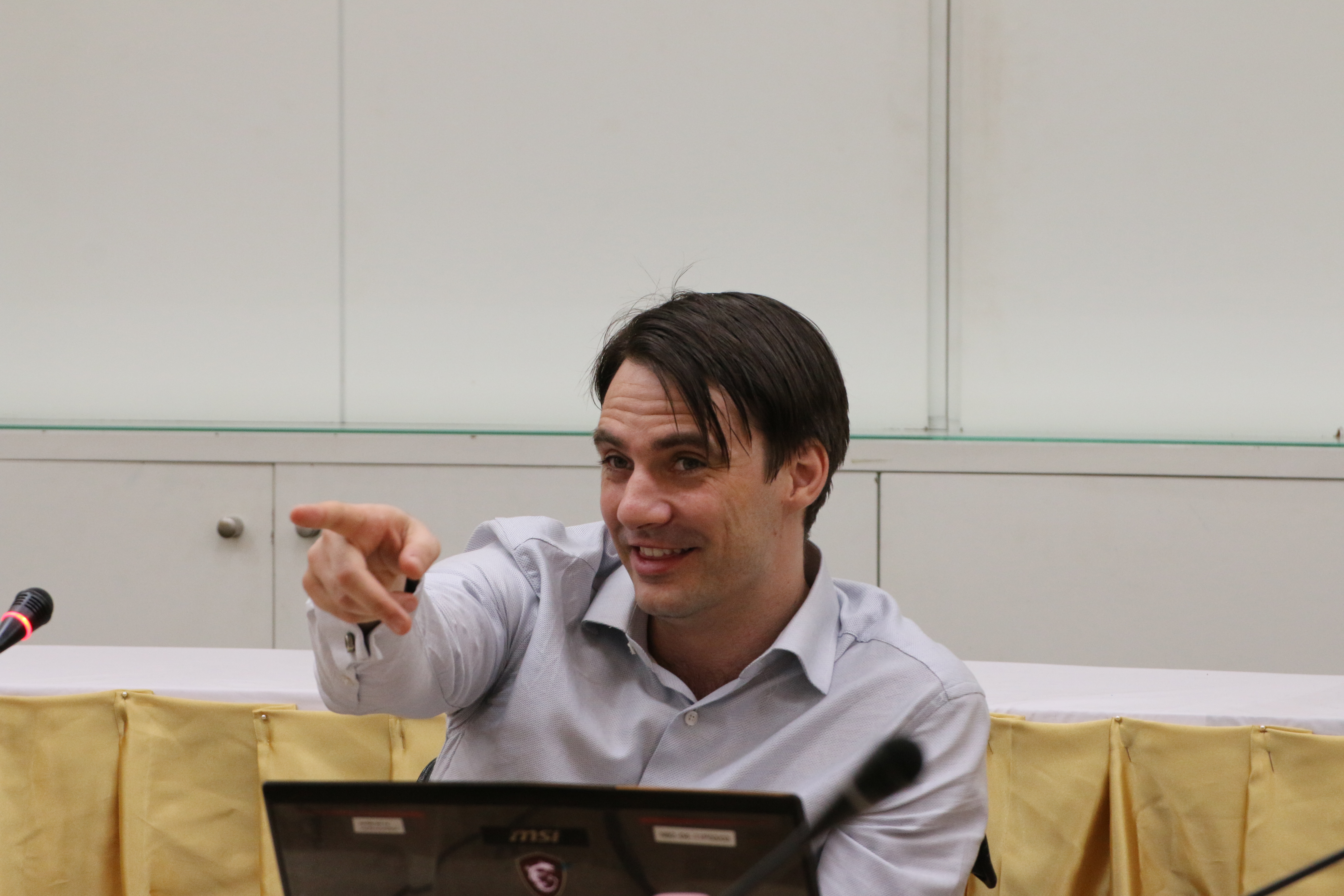 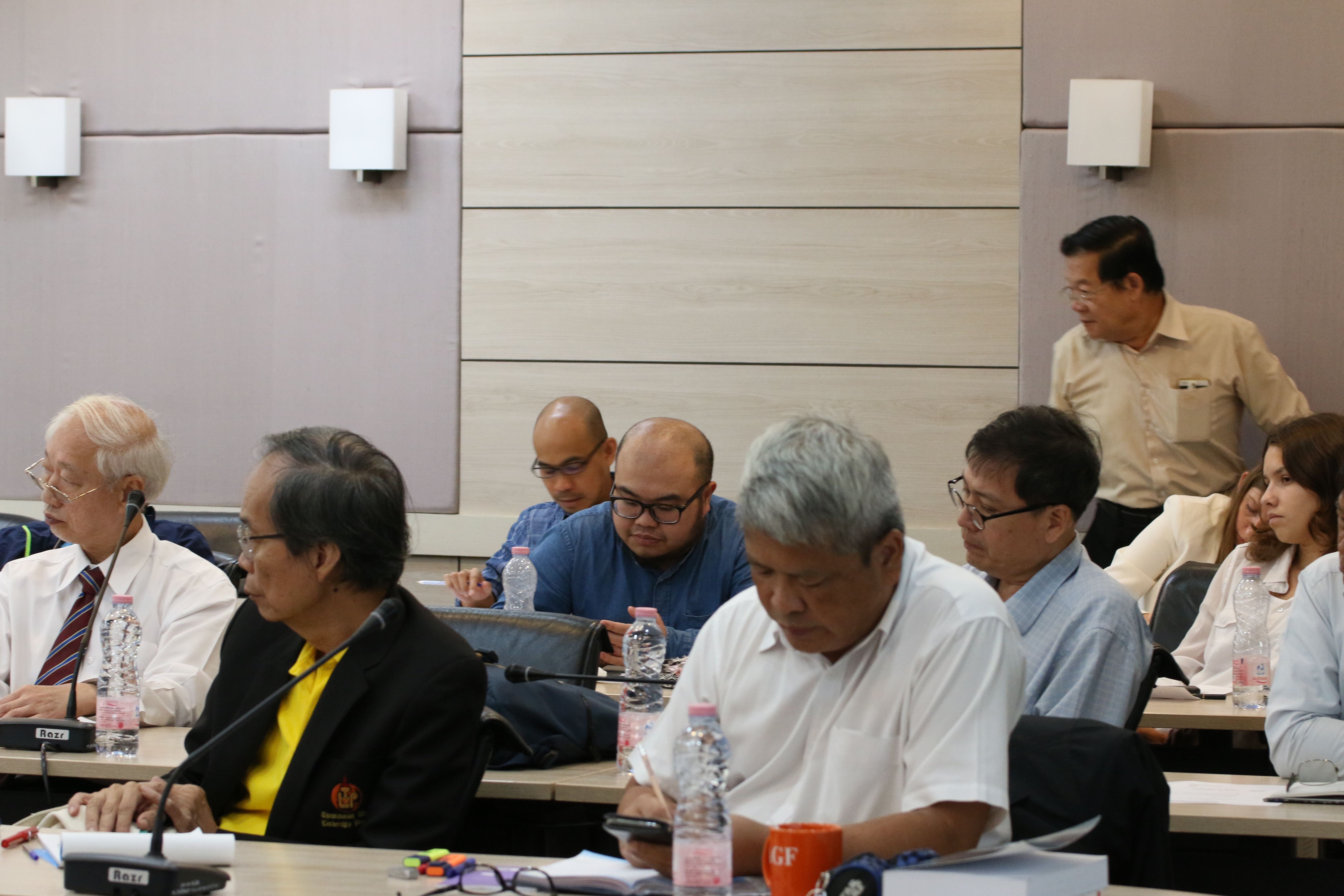 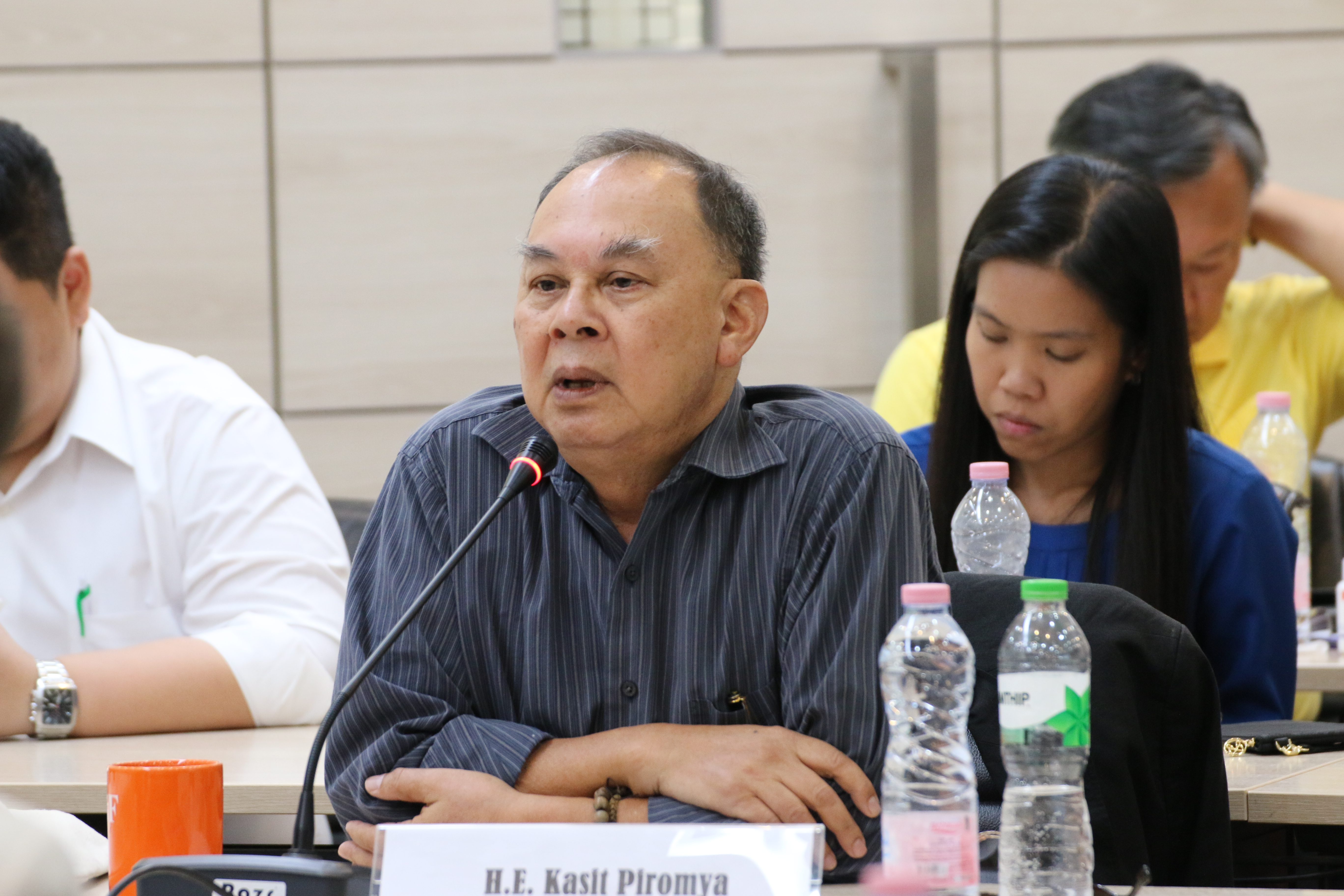 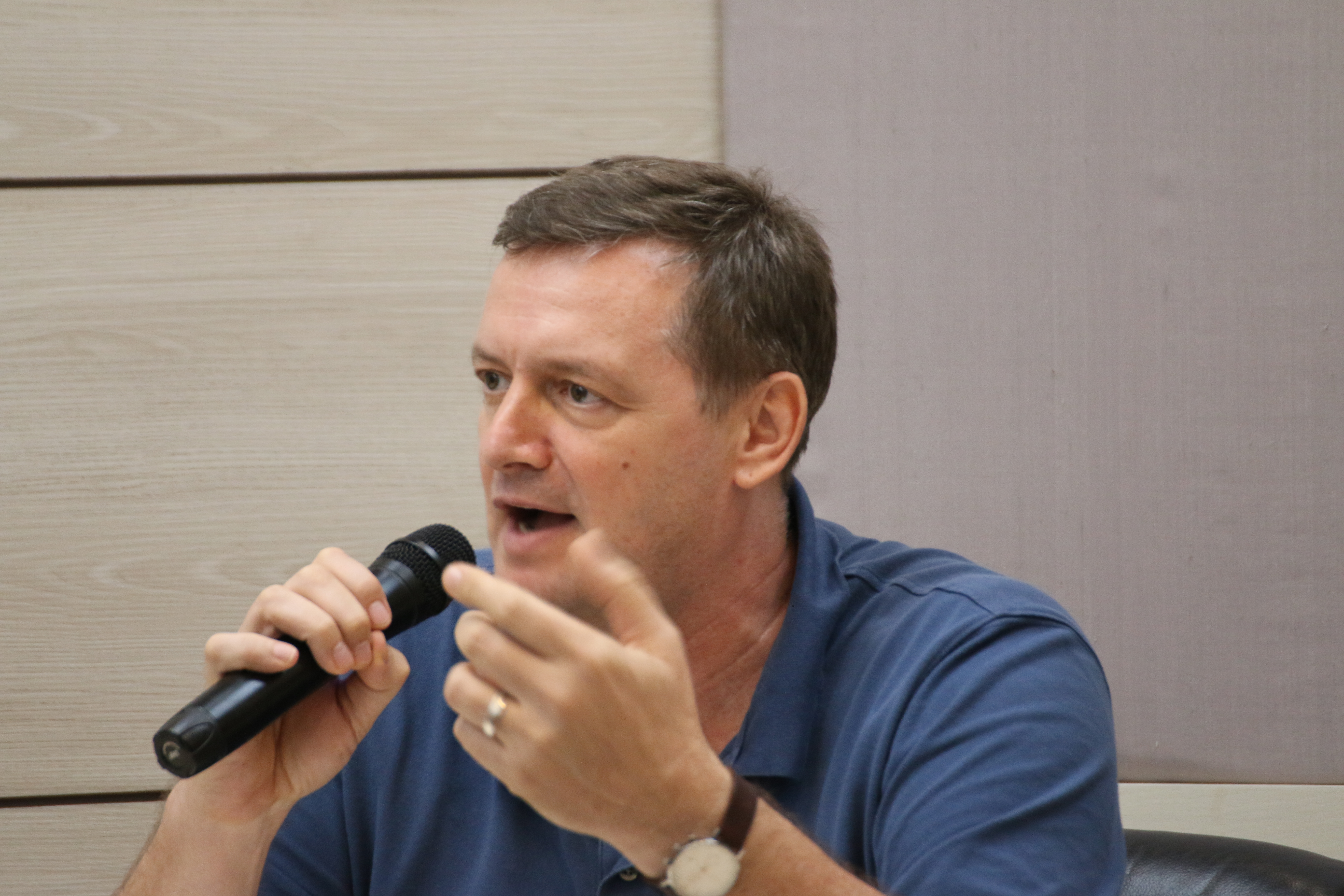