Prof. Dr. Astrid Wallrabenstein has been elected to serve as a judge of the Federal Constitutional Court of Germany 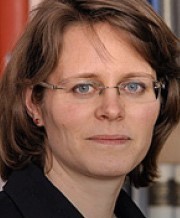 Prof. Dr. Astrid Wallrabenstein has been elected to serve as a judge of the Federal Constitutional Court of Germany (Bundesverfassungsgericht). She is professor of public law with a focus on social law at Johann Wolfgang Goethe University in Frankfurt am Main, which is one of CPG’s partner universities. She is also the Managing Director of the Institute for European Health Policy and Social Law (ineges).

Professor Wallrabenstein has continuously supported CPG’s work. She has been an instructor at CPG’s Summer Academy on German and European Law in 2017 and 2018 with classes on German public health law. She also co-authored an article in CPG’s Online Magazine on the topic of freedom of faith in the German educational system: https://www.cpg-online.de/2018/05/01/the-impact-of-the-german-federal-constitutional-court-on-the-educational-agendafreedom-of-faith-in-the-german-educational-system/.

Professor Wallrabenstein replaces Prof. Dr. Dres. h. c. Andreas Voßkuhle in the Constitutional Court’s Second Senate. Judges at Germany’s highest court serve 12-year terms. The First and the Second Senate each consists of eight judges. Half of the judges of each Senate are elected by the Federal Parliament (Bundestag) and the other half by the Federal Council (Bundesrat).

We congratulate Professor Wallrabenstein to her election!