Mika Aaltola, Director of the Global Security Research Programme and of the U.S. Politics and Power, the Finnish Institute of International Affairs, Finland

Mika Aaltola is Director of the Global Security Research Programme and of the U.S. Politics and Power at the Finnish Institute of International Affairs. He holds a BA from Columbia University and a Master Degree and PhD in Social Sciences from the University of Tampere with an award for the “Best Doctoral Dissertation at the University of Tampere (1999-2000)”. Aaltola worked as the principle investigator for a research project (Academy of Finland) “Ethics, Politics, and Emergencies: Humanitarian Collaboration and Co-option in World Politics” from 2009 to 2013. He is also a member of the Management Committee, the European Union Cost Action on Peace Keeping and Crisis Management. His areas of expertise include US domestic and foreign affairs, international relations, Finnish foreign and security policy, and global governance. He has recently published the monograph “The Challenge of Global Commons and Flows for U.S. Power – The Perils of Missing the Human Domain”.

Tim Aistrope is Postdoctoral Research Fellow at the Australian Centre for Cyber Security and at the School of Humanities and Social Sciences. He holds a Ph.D. from the University of Queensland. Aistrope served as a lecturer at the University of Queensland, teaching on Terrorism and Insurgency, Global Security, and International Relations Theory. His research interests include post-truth politics, asymmetric warfare, cyber security, and the implications of new media technologies for war and peace. His latest book is called „Conspiracy Theory and American Foreign Policy”. Aistrope’s postdoctoral project builds on his research trajectory by exploring the intersection of cyber security, post-truth politics, and political warfare.

Noemi Gal-Or, B.A. (TAU, Tel- Aviv), Ph.D. (IUHEI, Geneva), LL.B. (UBC, Vancouver) is a solicitor in Canadian and international law in Vancouver and the Canadian Bar Association’s (CBA) Chair of the National Section on International Law (NSIL), the Editor- in- Chief of its journal ‘Canadian International Lawyer’ and the Research Director of the International Law Association (ILA) – Canada. Moreover, she is a board member, International Association of Jewish Lawyers and Jurists (IAJLJ), and a member of the Legal Committee of Transparent International – Canada and its Vancouver Discussion Group. Dr. Gal- Or is Professor Emerita (KPU, Surrey, BC), where she was Professor of Politics and International Law. She has published extensively in various areas including International Law (trade& investment, dispute settlement, responsibility, anti- corruption, humanitarian, human rights, and criminal, law, and the non- state actor’s status); international organizations (UN, WTO); international political economy; regional integration (EU; NAFTA, draft FTAA, TTP); security, terrorism, conflict resolution, public policy, migration, and gender. Some of her publications most relevant to the conference’s theme include – “Responsibilities of the Non- State Actor in Armed Conflict and the Market Place”, “Responsibility of the WTO for Breach of an International Obligation under the Draft Articles on the Responsibility of International Organizations”, “Trusteeship, Suspended Sovereignty, and Enforcement of UN Membership Duties: Governance in Times of Peril“.

Lieutenant General Wallace C. Gregson, Jr., is Senior Director, China and the Pacific at the Center for the National Interest. As a 1968 – U.S. Naval Academy graduate General Gregson. has first served with the 1st Reconnaissance Battalion, 1st Marine Division in the Republic of Vietnam. More recently, as a Commanding General, he has been the Commander, U.S. Marine Corps Forces Pacific; the Commanding General, Fleet Marine Force, Pacific; and the Commander, U.S. Marine Corps Bases, Pacific. After having been Assistant U.S. Secretary of Defense for Asian and Pacific Security Affairs (May 2009-April 2014) he is now President of WC Gregson & Associates, Senior Fellow with Avascent International and CNA Analysis and Solutions as well as Senior Director, China and the Pacific, Center for the National Interest.

Anders Henriksen holds a PhD from the University of Copenhagen, where he lectures on Public Law since 2011. He is Head of the Centre for International Law, Conflict and Crisis (CILCC) at the Faculty of Law and since 2012 he also leads the Centre for International Law and Justice (CILJ). Henriksen also worked as researcher in the Danish Institute for Military Studies.

Theresa Hitchens is a Senior Research Associate at the Center for International and Security Studies at Maryland, based at The University of Sheffield, United Kingdom. She focuses on Space Security, Cyber Security, and Governance issues surrounding disruptive technologies. From 2009 though 2014, Hitchens was the director of the United Nations Institute for Disarmament Research (UNIDIR) in Geneva. Further, Hitchens served as a consultant to the U.N. Group of Governmental Expert on Transparency and Confidence Building Measures in Outer Space Activities. From 2001 to 2008, Hitches served as the Director at the Center for Defense Information and headed the center’s Space Security Project. She was also previously Research Director on the Washington affiliate of the British American Security Information Council (BASIC), where she managed the organization’s program of research and advocacy in nuclear and conventional arms control, European Security and North Atlantic Treaty Organization (NATO) affairs.

Kriangsak Kittichaisaree, Judge of the International Tribunal for the Law of the Sea, Hamburg, Germany

H.E. Prof. Kriangsak Kittichaisaree serves as Judge of the International Tribunal of the Law of the Sea in Hamburg, Germany, since October 2017. Previous to this position, he was Ambassador of the Kingdom of Thailand to the Russian Federation and Australia. After graduating in law at universities in the UK and the US, with a scholarship from the Royal Thai Government, H.E. Kriangsak joined the Thai Ministry of Foreign Affairs in October 1986 as a legal officer at the Division of Legal Affairs. From 2004 to 2006, he was Ambassador attached to the Ministry of Foreign Affairs in Thailand. He was responsible for international legal issues, counter-international terrorism, and served as the Chief Legal Counsel and Head of the Investment Chapter team of the Thai Delegation. H.E. Kriangsak served as a visiting Professor at the University of New South Wales, School of Law in Sydney in 1999, and at the National University of Singapore in 2006 and 2009. He also served as adviser of the Select Committee on the Draft Bill on Anti-Human Trafficking from Thailand’s National Assembly (2007), and as an eminent adviser of the Constitutional Court of Thailand and Thailand’s chief legal counsel in maritime boundary delimitation negotiations.

Robin Warner is a Professor at the Australian National Centre for Ocean Resources and Security. She was formerly the Assistant Secretary of the International Crime Branch of the Criminal Justice Division in the Commonwealth Attorney General’s Department from 2002 to 2006. During that period she led twelve Australian delegations to bilateral and multilateral delegations on transnational crime and criminal justice cooperation issues. Previously she served with the Royal Australian Navy as a legal officer. During her Defence Force legal career, Captain Warner occupied a wide range of positions including Director of International Law for the Australian Defence Force and Deputy Director of Naval Legal Services. She graduated as a PhD from the University of Sydney with doctoral research concerning the international law framework for protection of the marine environment and conservation of marine biodiversity beyond national jurisdiction. She is the author of Protecting the Oceans Beyond National Jurisdiction: Strengthening the International Law Framework (Martinus Nijhoff Publishers, Leiden, 2009), editor (with Simon Marsden) of Transboundary Environmental Governance: Inland, Marine and Coastal Perspectives (Ashgate Publishers, Farnham, Surrey, 2012), editor (with Clive Schofield) of Climate Change and the Oceans: Gauging the Legal and Policy Currents in the Asia Pacific and Beyond (Edward Elgar Publishers, Cheltenham, UK, 2012) and editor (with Stuart Kaye) of the Routledge Handbook of Maritime Regulation and Enforcement (routledge, Abingdon, Oxfordshire, 2015). 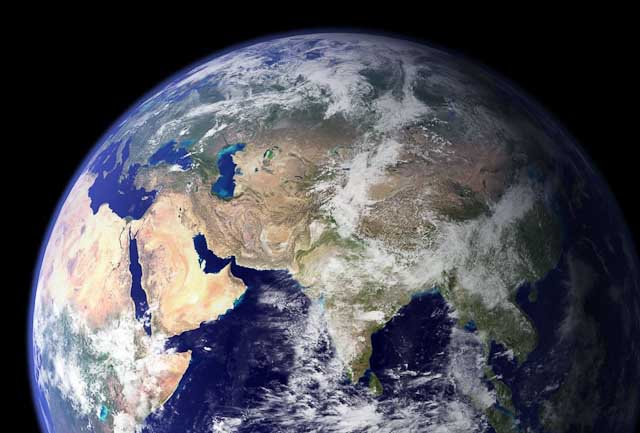