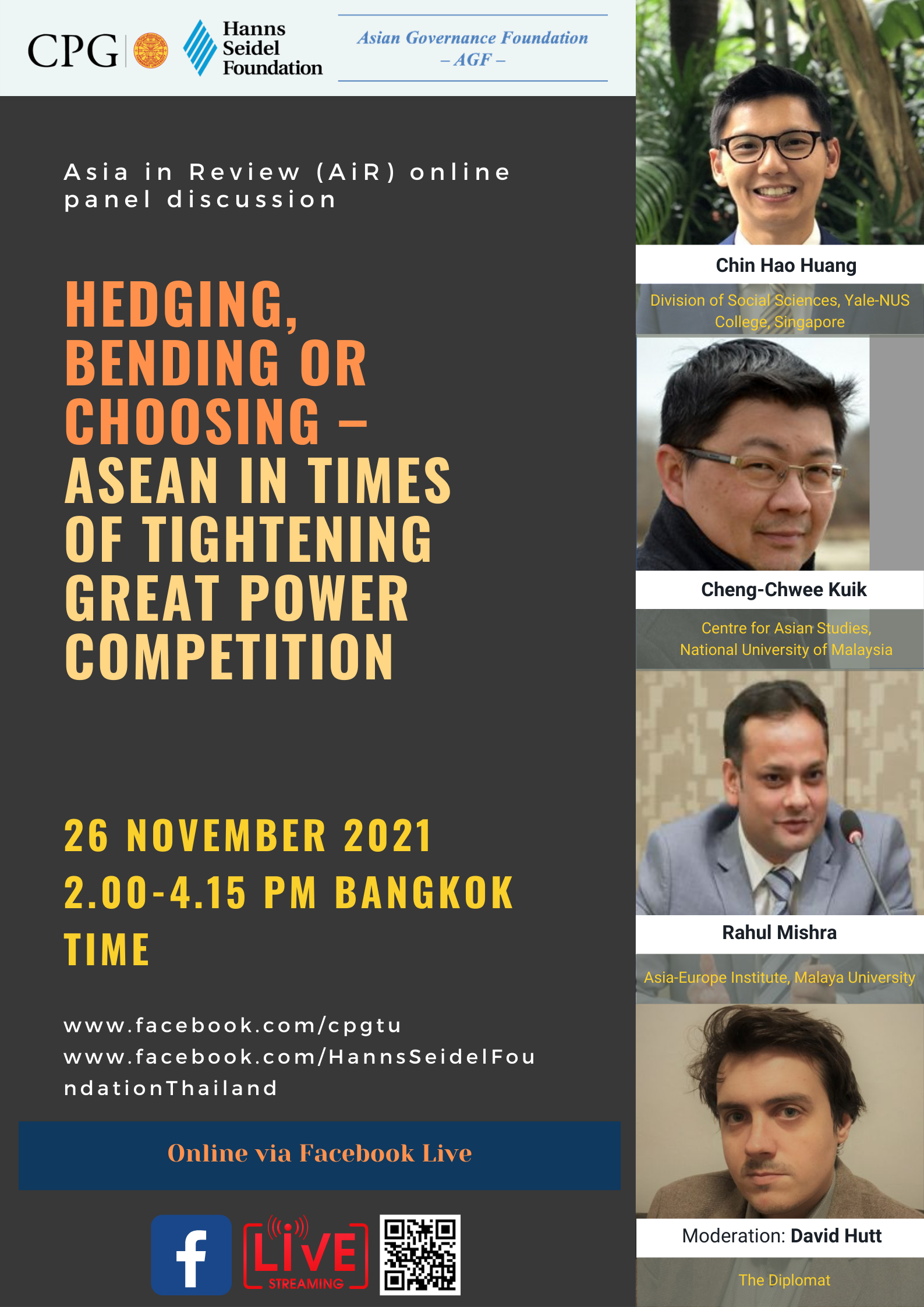 jointly hosted by the

For years, the world’s economic and political center of gravity has been shifting towards the Indo-Pacific. With China continuing to entrench its growing influence in Southeast Asia and the USA struggling to contain these efforts by aligning with like-minded countries, the region has become a flashpoint of strategic and geopolitical contestation between the two global powers.

Against this backdrop, the webinar will explore both the geostrategic pressures and possibilities for ASEAN and its member states to position itself/themselves in the wake of an intensifying great power rivalry. Who are the US allies, the China-constrained and the hedgers among the ten ASEAN members? Is there a third, ‘ASEAN’ way beyond hedging, bending and choosing to deal with the uncomfortable situation ASEAN has been dragged into? What role can other powers play for ASEAN such as Japan and India? These and other questions related to the geopolitical landscape in Southeast Asia in times of tightening great power competition will be discussed by imminent international relations experts at this event. 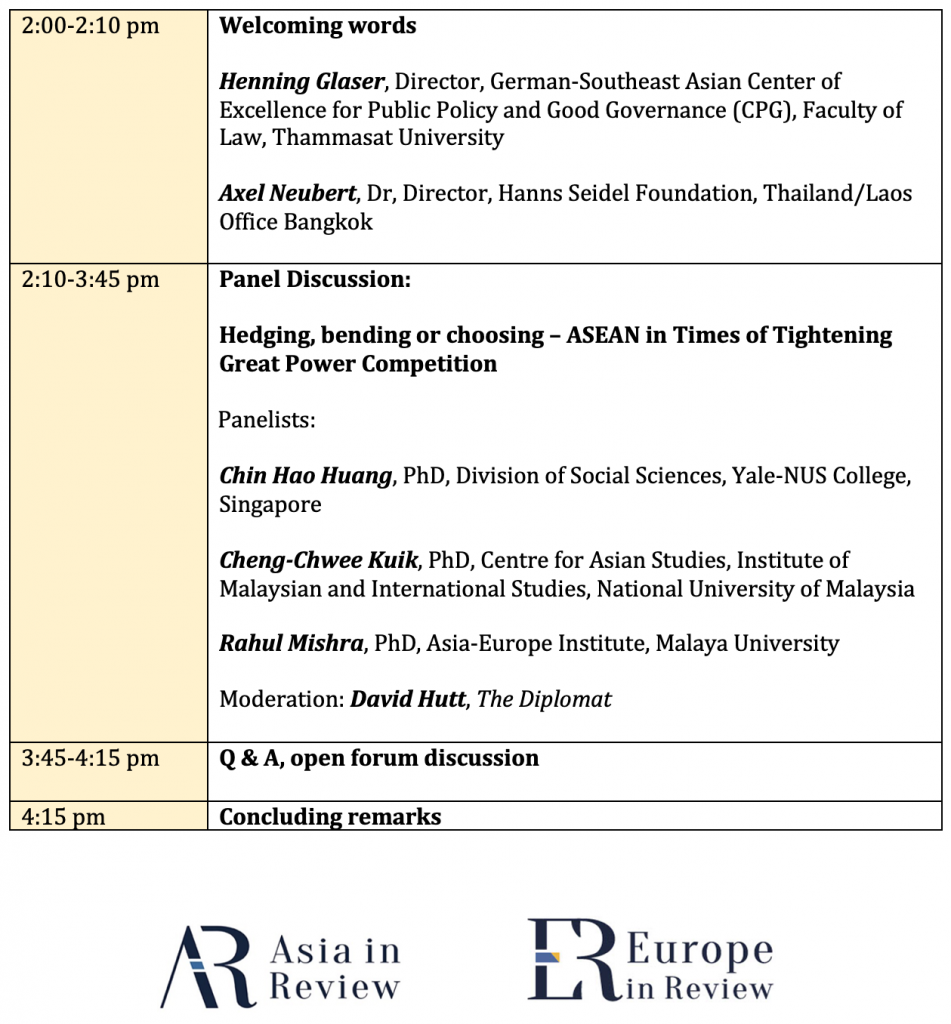 This event is free of charge; to participate, please visit our Facebook page at the time and date specified.