Asia in Review (AiR) online panel discussion “Religious Extremism and Intolerance in Asia: Where are we heading in 2022?” 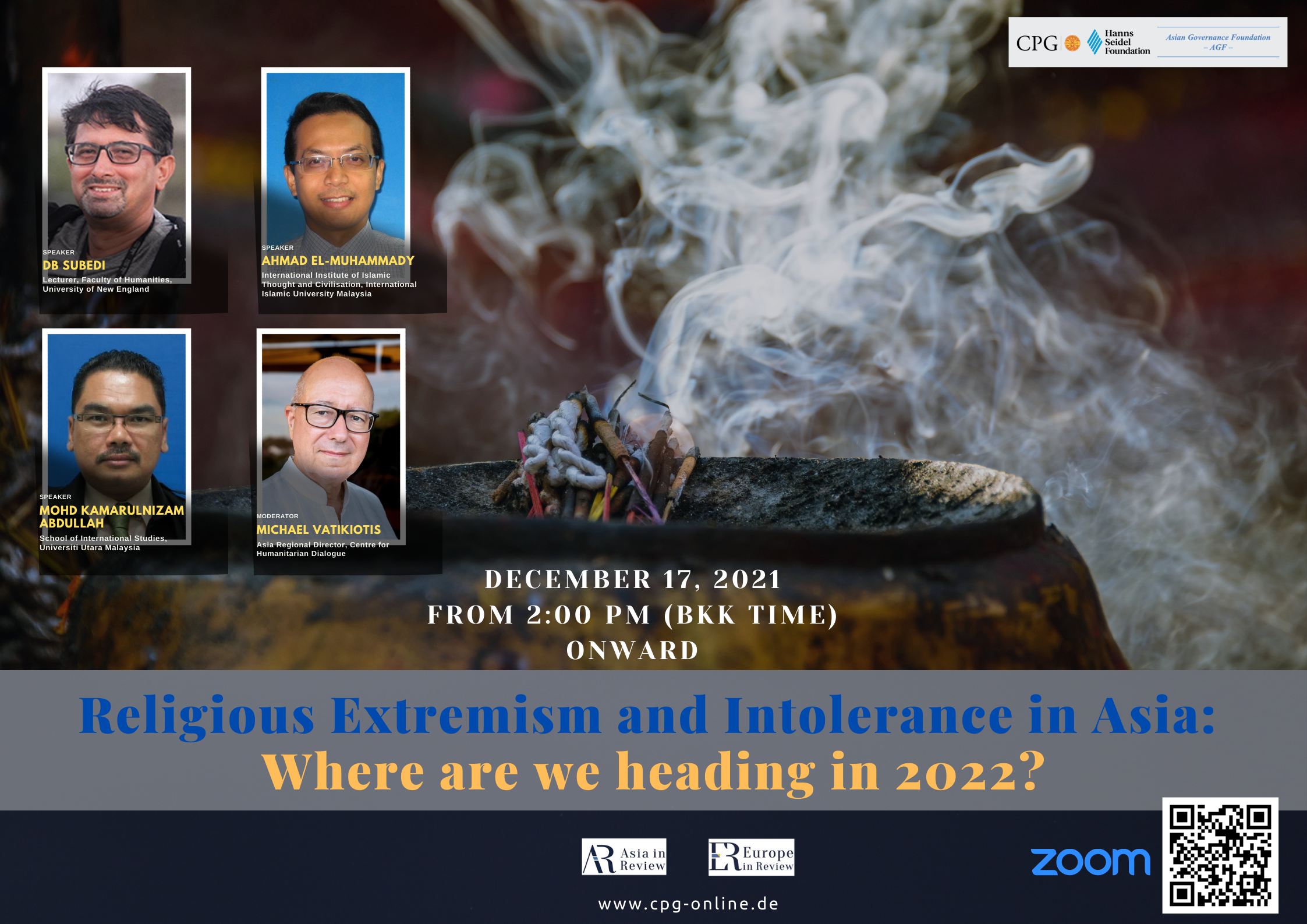 “Religious Extremism and Intolerance in Asia: Where are we heading in 2022?”

States across Asia are facing challenges to political stability and societal peace posed by a surge in religious extremism and intolerance. This holds true for all three religions dominant in Asia, including Hindu nationalism, militant Buddhism and Islamic extremism. The lynching of a Christian Sri Lankan factory manager in Sialkot, Pakistan, earlier this month is only the latest in a string of killings in the name of faith on which news media report on a regular basis. In October, Hindus were killed in Bangladesh in an unrest during Durga Puja, the holiest Bengali Hindu festival of the year, after rumors spread that the Quran was desecrated when it was allegedly placed at the feet of the Hindu Goddess Durga. In September Myanmar’s ruling military junta released from prison a controversial Buddhist monk who has been dubbed “The Face of Buddhist Terror” and accused of inciting anti-Muslim violence in sermons. His release has raised concerns over the rights of the country’s religious minorities. State-driven Hindu nationalism is backed on social media filled with videos of self-appointed protectors of Hinduism calling for the lynching of Muslims.

Against this worrying backdrop, the webinar will explore and discuss religious extremism in Asia with regards to recent developments and current trends as well as the threats for state and society – terrorism and other threats –, as well as the possibilities, strategies and policies of state response. Included in the discussion is also the question what role the power seizure of the Taliban in Afghanistan is playing in pushing religious extremism in Asia.

Get A PDF Agenda