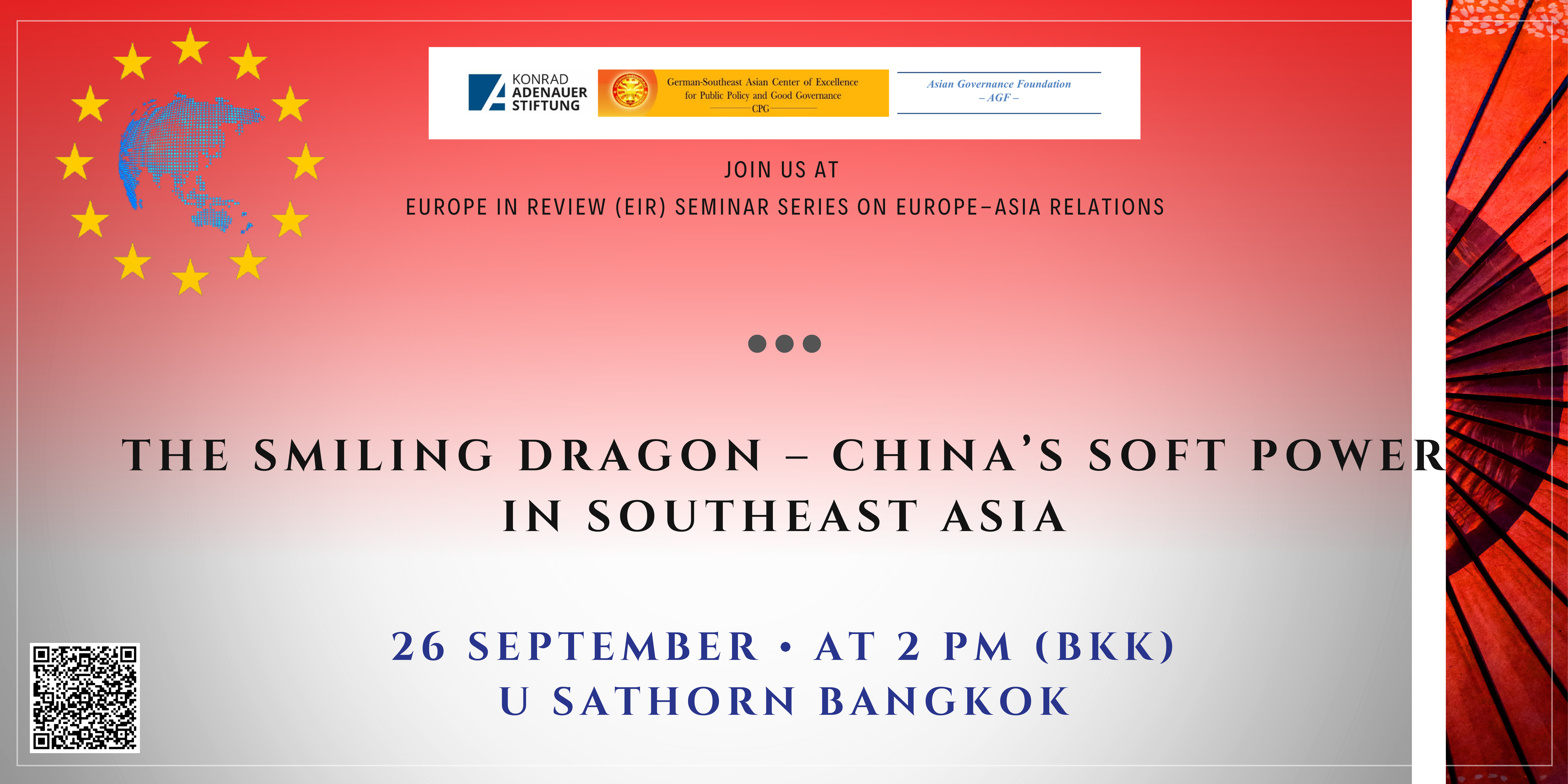 Soft power – a country’s power derived from the ability to attract or to influence a certain perception ofoneself – is a political currency which is available to all kinds of states, including small and middle powers.Nevertheless, evidently, it is the soft power of the great powers that counts most in the international system.

With a globally tightening system-competition between ‘the West’ and China and its major partner Russia,global and regional orders increasingly shifting and a creeping disentanglement of crucial elements within theweb of globalization taking speed, the soft power of the great international players becomes an even morefascinating and important topic.

In Southeast Asia, the probably most obvious soft power in terms of geography and history is the Chinese.Based on century-old cultural influences, large Chinese migrant societies, and a mighty economic impact onthe region, China enjoys notable soft power resources to tab in that are, however, competing with the softpower potentials America and Europe but also Japan and, although to a much lesser degree, India enjoy.

In recent years, the Chinese Communist Party (CCP) has increasingly enhanced its efforts to increaseChinese soft power to advance China’s political, economic, and security objectives both on a global andregional level. While it could be argued that “soft power” has always been part and parcel of China’s self-understanding as the “Middle Kingdom” – the civilizational center of the world –, it has markedly increased itssoft power policies under President Xi Jinping’s rule with China having embarked on a massive program andpush to project the country’s soft power to the outside world.

The instruments of China’s soft power as an operational foreign policy tool that have flourished over the pastdecade to shape perceptions and narratives include the Confucius institutes, people-to-people engagements with tourism enjoying the economically greatest impact, concerted media campaigns, high-level public diplomacy, and various forms of engagement with regional and global governance regimes andorganizations. While the Belt and Road initiative is mainly a matter of Chinese economic hard power it alsodisplays dimensions of soft power policy, especially where it is reinforced by the Global DevelopmentInitiative (GDI), China’s latest soft power projection that is aimed at presenting itself as advocating formultipolar global governance, in which smaller, developing countries gain a stronger voice. Although the GDI isstill rather an aspiration to global commitments to the Sustainable Development Goals (SDGs) than a blueprint – it still lacks a timeline for delivery, overall financial schemes, clarity on priority countries or regions, or evensectoral themes – more than 100 countries have already expressed support for the initiative since its officiallaunch in September last year, which itself already is a manifestation of Chinese soft power.

Against this backdrop, the German-Southeast Asian Center of Excellence for Public Policy and GoodGovernance at the Faculty of Law at Thammasat University (CPG), the Asian Governance Foundation (AGF),and the Thailand Office of the Konrad Adenauer Foundation (KAS) are hosting a seminar on China’s soft powerin Southeast Asia to introduce and discuss a recent study of KAS Thailand on the topic. A thorough introductionof the KAS soft power study will serve as a basis for a panel expert discussion on China’s soft powerprojections, their underlying strategic intentions, their prospects, and the responses of various regionallyrelevant actors. The panel discussion will be followed by an open forum to jointly discuss the issue among theaudience with special regards of the impact and outlook for Thailand.

(The event will be held in English.) 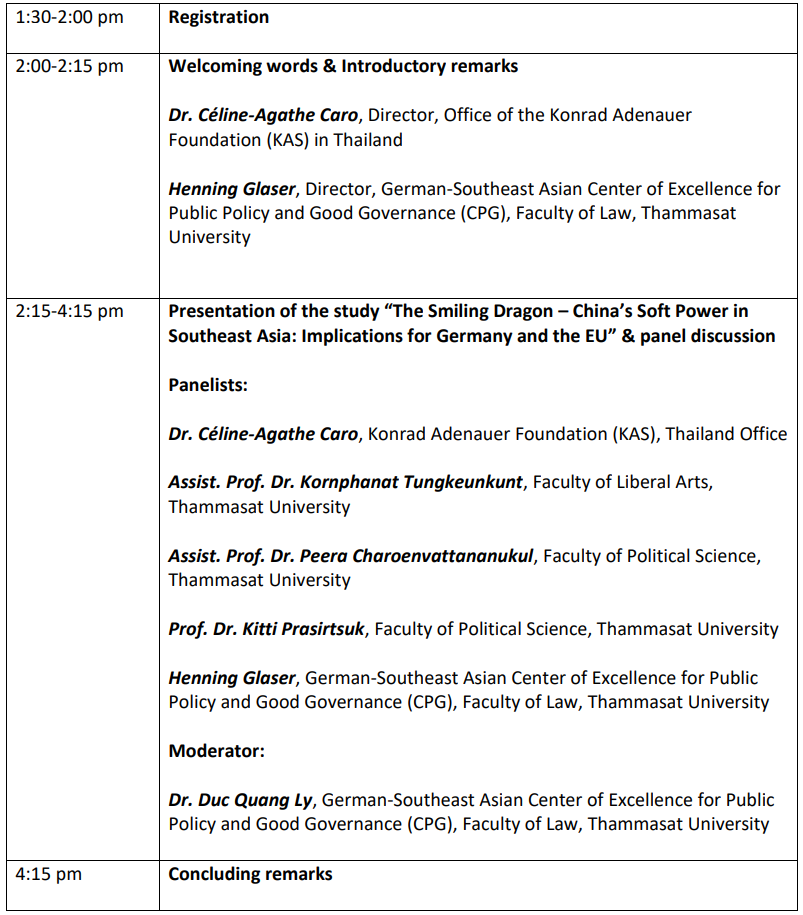