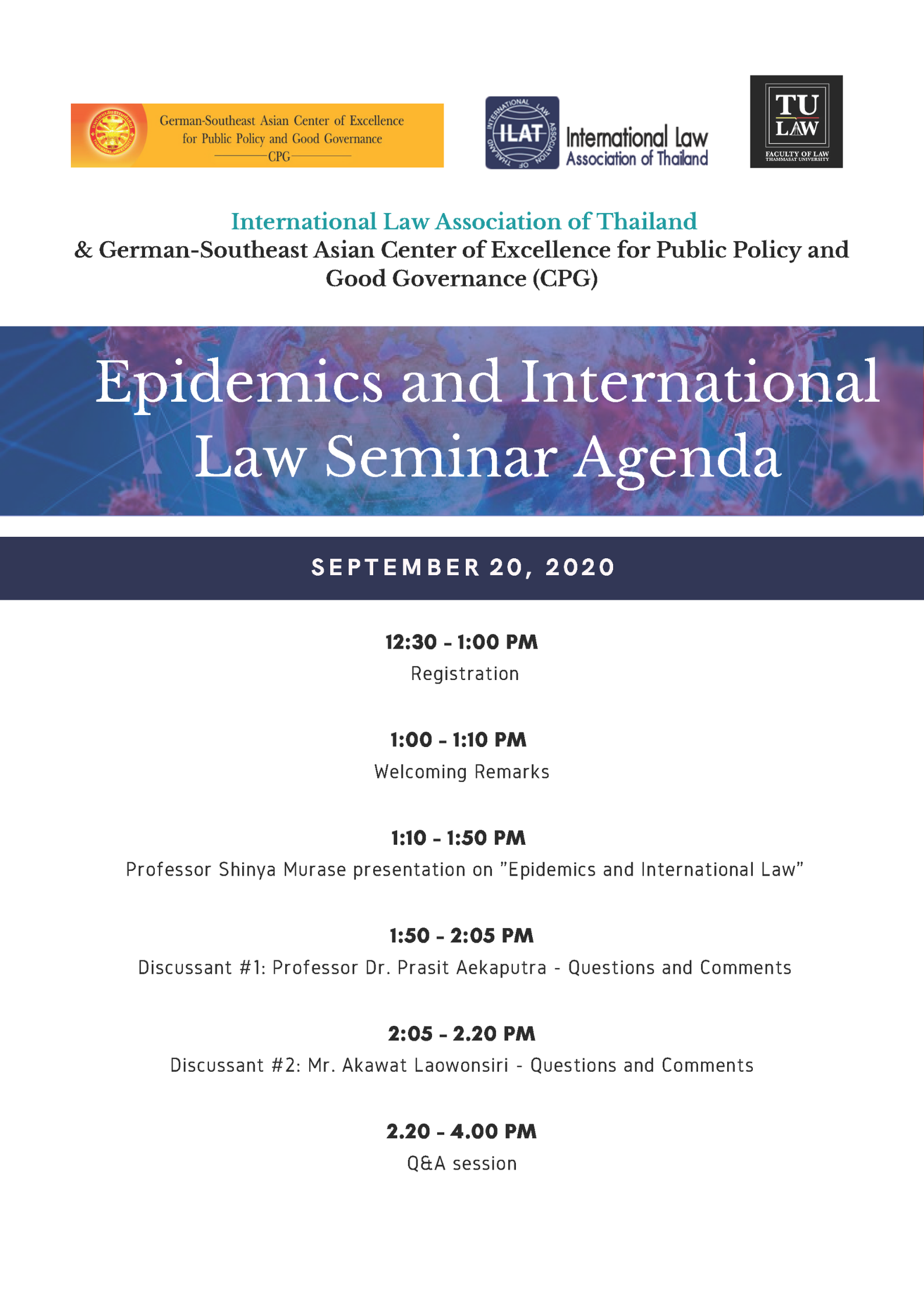 The history of epidemics can be traced back to the beginning of the history of humankind itself, with the first recorded epidemic being the “Plague of Athens” in 429- 426 BC, on which Thucydides described vividly in his History of the Peloponnesian Wars. There have been numerous such instances of epidemics from the first human settlements to the modern day, some of which claimed millions of death toll. For instance, the number of deaths by the “Spanish Flu” of 1918 to 1920 was more than 100 million, three times as many as the victims of World War I. It is unbelievable that international law, while concerned with war and peace since the days of Hugo Grotius, it has never treated epidemics as a mainstream subject. In only the past twenty years of this century, the world has witnessed the outbreaks of SARS (2002-2004), Dengue (2005-2006), Ebola (2007-present), H1N1 Influenza (2009), MERS (2012), Zika (2016) and now COVID-19 (2019-present), just to name a few. This lecture poses the question why we should be concerned with epidemics from the perspective of general international law. Our submission is that we cannot just leave the matter to WHO and to the experts of international public health law. The problem of epidemics should be addressed, not by the single-issue approach of WHO law, but by considering the overall interrelationships of the relevant rules of international law. International law on the control of epidemics should be guided by the principle of solidarity and international cooperation rather than seeking responsibility of States and international organizations. In any event, we should avoid any political debates. The lecture will be followed by presentations of the following discussants: The lecturer and discussants will welcome questions and comments from the (virtual) floor afterwards.

To obtain the link for access online class, please register at: https://zoom.us/meeting/register/tJIqduGsqjspHdPxREonKjLOb_5OXh9P5Jhj